Japan is changing its immigration policy because it needs workers. Japan is an aging society. This means it does not have enough workers to work in many jobs. Japan's government has decided to allow many workers from other countries into the country to help fill the jobs. Japan's Prime Minister Shinzo Abe said his government will meet on December 28 to approve the plan. If the plan is approved, it will become law on April 1. The new law would allow up to 345,000 foreign workers to help with labor shortages. Many of these workers will work in the construction, fishing, healthcare and agriculture industries. They will be largely low-skilled workers and will need to pass a Japanese language test. 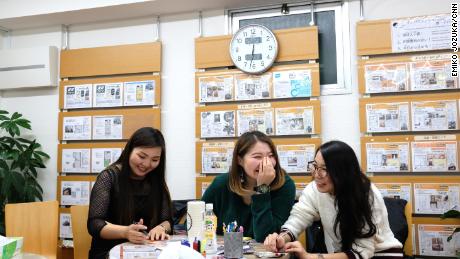 Japan's Chief Cabinet Secretary Yoshihide Suga said on Saturday that Japan had to change and allow more foreign workers in to help the economy. He said: "If Japan simply continued along the same path, we would find ourselves in a very difficult situation." He also said the government would make sure the foreign workers can quickly adjust to life in smaller Japanese cities and towns. He said: "We want to ensure they have the right environment in which to live and work." Japanese people are having fewer children. The fertility rate is now only 1.4 children per woman. The rate should be 2.1 for Japan to have enough Japanese workers. Japan's population is already dropping by about 400,000 people a year.