France is experiencing social unrest it has not experienced for generations. The country famous for its revolutions and protests has been rocked by a serious of nationwide, violent demonstrations. Hundreds of thousands of people have taken to the streets for the past four weekends and have brought chaos to businesses, transport and the French economy. The protests are being led by the Yellow Vests Movement, so called because protestors don high-visibility yellow jackets usually worn by the emergency services. The protests are motivated by rising fuel prices, the high cost of living, and claims that an unequal burden of new tax reforms were falling on the working and middle classes. 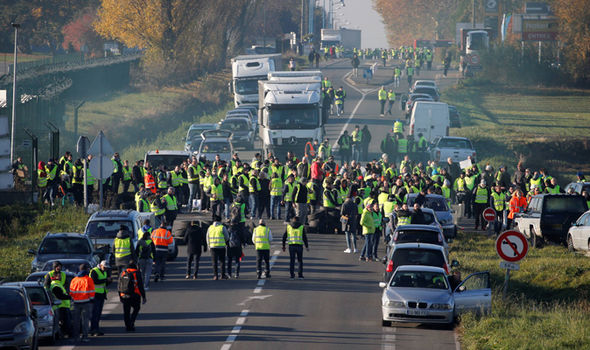 France's President Emmanuel Macron has declared "a state of social and economic emergency". The violence has caused over a billion dollars in damages so far. This figure is set to rise as more demos are planned. Paris has suffered the brunt of the protests and authorities are closing famous sites like the Eiffel Tower and the Louvre. To quell public anger, Mr Macron has promised to cancel his proposed rise in fuel prices, deliver tax relief for the poor and cancel a tax on retired people. He called for the havoc and mayhem to end and for calm and order to return. He said: "No anger justifies attacking a police officer...or damaging a shop or public building. When violence is unleashed, freedom ends."