JUDY WOODRUFF: Now we continue our special look at The Future of Work. As automation spreads through the American economy, experts say its impacts will be uneven. Some key factors include geography and race, but perhaps the most important determinant, education. John Yang has a report from California. It's part of our weekly education story on Making the Grade.

JOHN YANG: When Aldo Galindo was growing up in San Bernardino, California, his father's message about college was simple.

JOHN YANG: Aldo remembers his dad coming home exhausted after working 12-hour days as a cook at a local restaurant.

JOEL GALINDO, California (through translator): My children have noticed how hard we have worked. I know they will always have to work. But with a degree and a profession, they live more comfortably, live a better life than the ones we have had.

JOHN YANG: Now 21, Aldo commutes 40 minutes round-trip every day from his parents' house to California State University-San Bernardino. He's a junior studying computer systems. He wants to develop video games and work with virtual reality. By going to college, he's breaking barriers, not only in his own family, but in this region, where nearly half of all adults have no education beyond high school.

ALDO GALINDO: There's a lot of hardships that come around here. And a lot of students do experience that. I'm the first generation. They taught me to take every opportunity you have offered to you. So that's what I'm doing, taking every opportunity.

JOHN YANG: In the coming years, boosting educational opportunities could determine whether this region east of Los Angeles thrives or struggles. Known as the Inland Empire, it's home to about 4.5 million people, more than half of them Hispanic. Looming over the terrain of mountains and desert is the spread of automation, robotic machines performing simple repetitive tasks now performed by humans. For businesses, it promises to cut costs and boost productivity. For workers, especially the less educated, it threatens to take their jobs.

JOHANNES MOENIUS, University of Redlands: What does that all mean for the Inland Empire?

JOHN YANG: Johannes Moenius is sounding the alarm. He teaches business at the University of Redlands, southeast of San Bernardino, and studies the potential effects of job automation.

JOHANNES MOENIUS: It's a very strange situation. We're in the place where we have record low unemployment. The nation's factories are humming. The logistics sector is booming. But this train can also run at high speed against a wall. 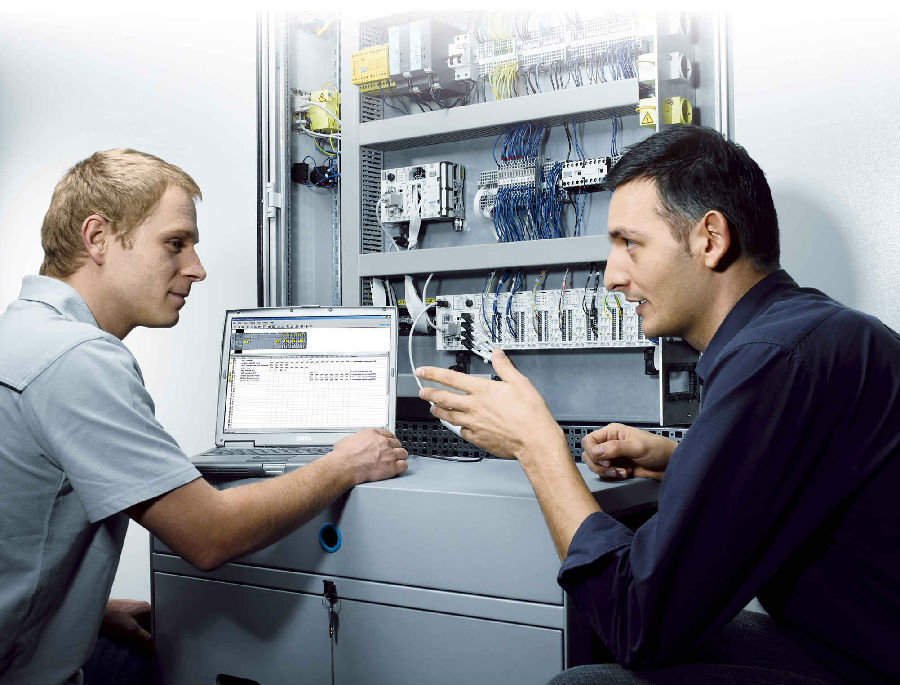 JOHN YANG: The numbers tell the story. Moenius' research found that 63 percent of the jobs in the Inland Empire could be automated in the future. And Hispanics are 25 percent more likely than whites to hold those jobs. The research also found that education is the key factor. Someone with a bachelor's degree runs less than a 50 percent risk of job automation. But, in this region, only 9 percent of Hispanics fall into that category. The Inland Empire's economy is dominated by industries that could be heavily automated in the future: fast-food restaurants, office and administrative services, and, crucially, distribution centers. It's just over an hour from the ports of Los Angeles and Long Beach. Railroad tracks and interstate highways crisscross the terrain. Warehouses dot the landscape. Amazon alone has 13 fulfillment centers in the region, and just announced plans for a 14th.

JOHANNES MOENIUS: I just can't see that San Bernardino will come out fine in this scenario. We attract more of the industries that are thriving right now that mostly employ people with lower educational level, so we're worsening the problem by the hour.

PAUL GRANILLO: Technology now turns over every 17 months. So if I'm trained on a machine, 17 months later, you're going to have to retrain me because there's going to be a new machine. That's awfully quick. And our traditional education system has not been able to create curriculum that fast. My role is to get everybody to come out of their corner, right, not go into being defensive and not going in to being accusatory, which is usually the educator saying, well, we have all these programs, and the employer saying, well, I'm not getting what I want out the education system.

JOHN YANG: Granillo is worried about automation's effect on his region. He's seen it triple the output of some area fulfillment centers with only double the number of workers.

PAUL GRANILLO: I think automation is wonderful, and I'm a user of automation. But if it's only going to be that some regions are going to win and others are going to lose, I do believe that then it does become a moral issue. It becomes an ethical issue.

JOHN YANG: He agrees education is the key, but that doesn't just mean a college degree. One example, the Industrial Technical Learning Center, or InTech, which provides training and professional development. Housed in the former administrative building of a San Bernardino steel mill, it's a partnership between Chaffey Community College and California Steel Industries. There's usually no cost to participants, thanks to federal, state, and local grants and contracts. Director Sandra Sisco says InTech is designed by industry for industry, with an eye on the future.

SANDRA SISCO, Industrial Technical Learning Center: Somebody has to repair and maintain the robotic arms and anything that has to do with automation. Automation involves mechanics. It involves electrical. So if you're in the electrical and mechanical field, those are the core middle skills that you need to understand the next level.

JOHN YANG: Erick Martinez is one of the more than 1,700 people InTech has trained since opening in 2016. After being laid off three times in five years from office and warehouse jobs, he wanted a career change. He earned multiple certifications through InTech and works at California Steel.

ERICK MARTINEZ, InTech Trainer: If I can't use you know my manual skills because a robot or an algorithm is going to take my job, there is there is that uncertainty of, what am I going to do? But then you get exposed to, hey, we can train you to troubleshoot a lot of these changes that are happening, a lot of things that are replacing your job. Then you can be one step ahead of that.

JOHN YANG: Back at Cal State, Aldo Galindo is trying to do his part to push more people, especially Hispanics, into higher education. He works with education Professor Enrique Murillo on a program called Latino Education and Advocacy Days. It reaches out to parents and hosts college fairs to encourage Latinos to pursue their education.

ENRIQUE MURILLO, California State University-San Bernardino: We can't just do what they call curbside service, right? A lot of parents, they just come, drop off their kid and say, OK, there you go, take my child. It doesn't work like that. The competitive nature of the economy in the United States is going to depend heavily, as it is here in the Inland Empire, on the educational outcomes of Latinos.

JOHN YANG: And first-generation college students like Aldo Galindo may be key to those outcomes. For the PBS NewsHour, I'm John Yang in San Bernardino, California.