There is still a long way to go before women achieve economic equality with men. Centuries, in fact. This is according to the recently-released annual Global Gender Gap Report from the World Economic Forum. It said it would take more than 200 years before women and men worldwide have economic parity. The report found many areas in which women lag far behind today. One huge area is pay. Women around the world currently earn about 20-30 per cent less on average than their male counterparts. A factor contributing to this is the scarcity of women in management positions. The WEF said: "In the workplace, women still encounter significant obstacles in taking on managerial or senior official roles." 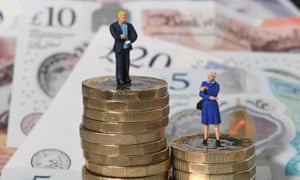 The World Economic Forum (WEF) found that the inequalities between the sexes had closed by only a small amount in the past year, since the last report was published. Researchers found that the largest gap between the sexes was in politics. It said: "Only 23 per cent of the political gap - unchanged since last year - has been closed, and no country has yet fully closed political empowerment gaps." Other wide gaps still exist in healthcare and education opportunities. The WEF said: "The equal contribution of women and men in this process of deep economic and societal transformation is critical. More than ever, societies cannot afford to lose out on the skills, ideas and perspectives of half of humanity."