A drone shut down England's second largest airport for 30 hours earlier this week. Police are hunting for the people who operated the drone. The police believe these people are "eco-warriors". These are activists who take part in protests or take action to raise awareness of environmental problems. The drone prevented flights from leaving the UK's Gatwick Airport on Wednesday and Thursday. The airport was forced to close its runway. Over 120,000 travellers have been affected. Many of them were trying to fly home for Christmas. Instead, they had to sleep on the airport floor or try to find flights from other airports. Some passengers spent nine hours sitting on a plane near the boarding gate. 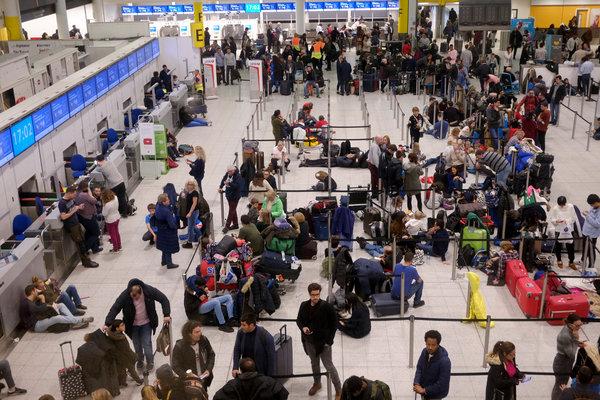 The British government is now talking about the actions it can take if other people use drones to cause chaos. They are worried people could use drones to attack airports, nuclear power stations and other important buildings. Police said they were in "a game of cat and mouse" with the drone. They said: "Each time we believe we got close to the operator, the drone disappears; when we look to reopen the airfield, the drone reappears again." This happened many times. Hundreds of police officers and the British Army helped to find the drone's operator, but couldn't. The police are worried a drone could cause a plane to crash. The operator of the drone could face up to five years in jail.