The U.S. government will partially shut down over the Christmas period due to a lack of agreement over funding for the proposed wall along the Mexico border. Politicians say it is likely that the federal closures will continue until after Christmas. It is the third government shutdown of the year. U.S. President Donald Trump has promised a "very long" government shutdown if Democrats do not fund the border wall. Mr Trump wants the Senate to authorize $5.7 billion to finance the wall, which was one of the President's major election promises in 2016. He said: "I hope we don't, but we are totally prepared for a very long shutdown." He tweeted: "Shutdown today if Democrats do not vote for border security. 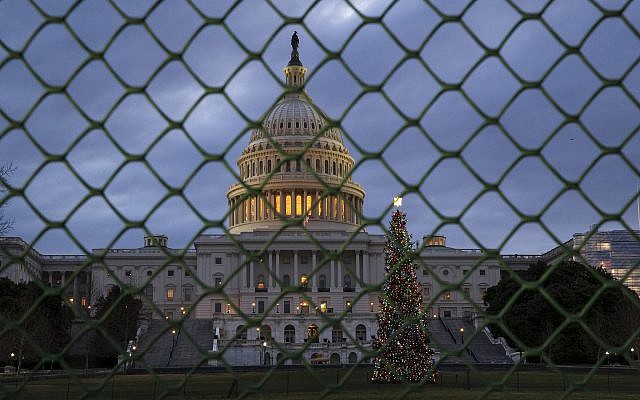 The shutdown has affected Mr Trump's holiday plans. The White House press secretary Sarah Sanders confirmed this in a statement. She said: "Due to the shutdown, President Trump will remain in Washington, D.C. and the First Lady will return from Florida so they can spend Christmas together." The shutdown means there is gridlock in large parts of the federal government's operations. Funding has expired for departments that operate national parks, homeland security, law enforcement, tax collection and transportation. Around 400,000 federal workers have to stay at home without pay until a deal is reached. Many government services have been halted until the Senate reaches a deal.