Macedonia has decided to change its name. It agreed on Friday to rename the country the Republic of North Macedonia. The name change is the result of a 27-year dispute with Greece. Macedonia declared independence in 1991 after the break-up of the former country Yugoslavia. It became a member of the United Nations in 1993, but its name caused an argument with Greece. Greece's largest region is also called Macedonia. The Greek government said it owned the name "Macedonia". Greece blocked its neighbor's attempts to join the EU and NATO over the use of the name "Macedonia". Prime Minister Zoran Zaev said the name change would, "open the doors to the future". 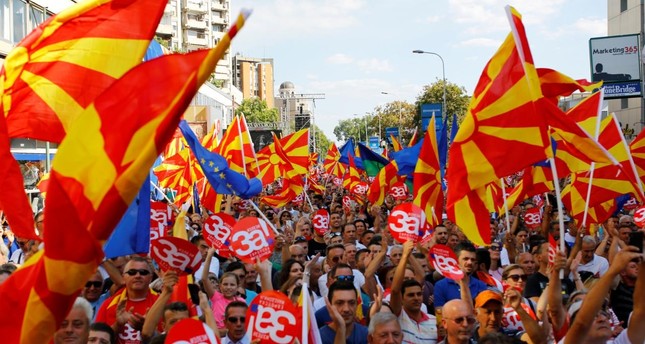 The name change comes after a decade of talks between Macedonia and Greece. Just over 67 per cent of representatives in Macedonia's parliament voted for the name change. Eighty-one MPs voted in favor of the name change in the 120-seat parliament. Opposition politicians, who opposed the agreement with Greece, boycotted the vote. Several hundred people protested against the deal in front of Macedonia's parliament over the past three days. An opposition leader was angry over the talks to change the country's name. He said: "Look how publicly, how openly, this trade is going on with Macedonia's name and identity - just like at a market stall." The next step is for Greece to officially agree to the change.