Workers in India are moving over 300 crocodiles from their home because they are too near a new tourist sight. Officials in India's state of Gujarat want to move the crocs because they could be a danger to tourists visiting the new Statue of Unity. The statue opened to the public last October. It is 182m high and is the tallest statue in the world. It is next to a reservoir, which is also home to many crocodiles. Tourism officials want the giant reptiles moved so seaplanes for tourists can land on the reservoir. If the crocodiles stayed, they could be dangerous and attack tourists. Officials are using cages to catch the animals. Some of them are over 3m long. They are going to a new home in another part of Gujarat. 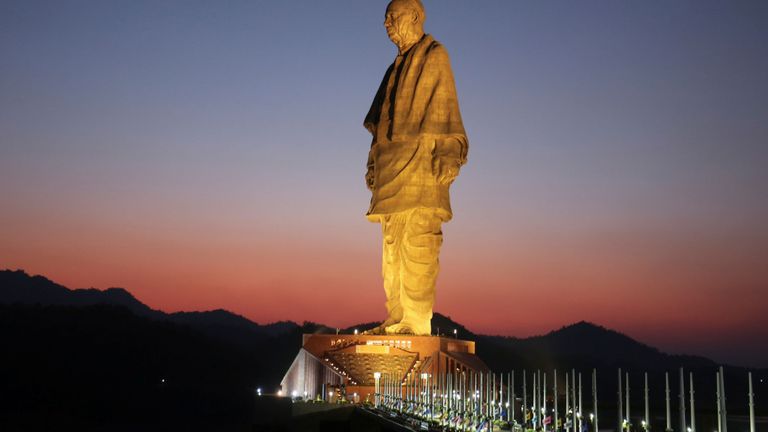 Animal lovers are angry that people are moving the crocodiles. Dr Jitendra Gavali said: "The government is disturbing their habitat and putting their lives at risk. The government hasn't thought out where it will release the captured crocodiles safely." So far, only 17 of the animals have been caught and moved. The editor of the environmental magazine 'Sanctuary Asia', Bittu Sahgal, said the idea to move the crocodiles was crazy. He tweeted: "Have we collectively lost our minds? As any environmentalist will tell you, this is sheer insanity."Indian journalist and activist Pritish Nandy said moving the crocodiles could break India's wildlife protection laws. An official said the crocodiles had to go for "security reasons".