Much of mid-and northeastern America is in the middle of a deadly cold snap. Many states from Michigan in the north to Georgia in the south are experiencing freezing temperatures not experienced for decades. It is currently colder in many parts of the USA than it is in Antarctica. The cold spell is because of what is called a polar vortex. This is a swirling mass of air and wind that has come down from the Arctic, which is where the North Pole is. The government has declared states of emergency in Wisconsin, Illinois and Michigan. Many schools and businesses have been closed due to the extreme cold. People have been warned not to travel, and even not to go outside and breathe in the icy air. 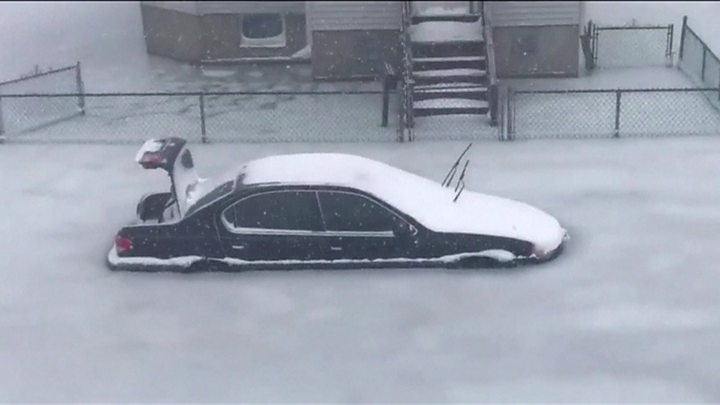 The weather website AccuWeather said that the temperature in Thief River Falls, in the state of Minnesota, dropped to a real-feel minus sixty degrees Celsius. Many parts of the Chicago River turned to ice, Niagara Falls turned into a winter wonderland and parts of Lake Michigan froze over. The bitter freeze is believed to be responsible for the deaths of at least eight people so far. Health officials are urging people to go outside only if it is absolutely necessary. They warned that exposing the skin to the freezing air was dangerous. It could lead to frostbite or breathing problems. People were also urged to be careful when shoveling snow outside and be careful of blocks of snow and ice falling from the roof.