The United Kingdom has objected to the European Union's use of the word "colony" to describe the island of Gibraltar. The European Council, a body that defines the EU's political direction produced a document regarding UK nationals travelling to the EU after Brexit. It says in a footnote: "Gibraltar is a colony of the British Crown. There is a controversy between Spain and the UK concerning the sovereignty over Gibraltar, a territory for which a solution has to be reached." A UK government spokesperson said: "Gibraltar is not a colony and it is completely inappropriate to describe it in this way. She added: "Gibraltar is a full part of the UK family....This will not change due to our exit from the EU." 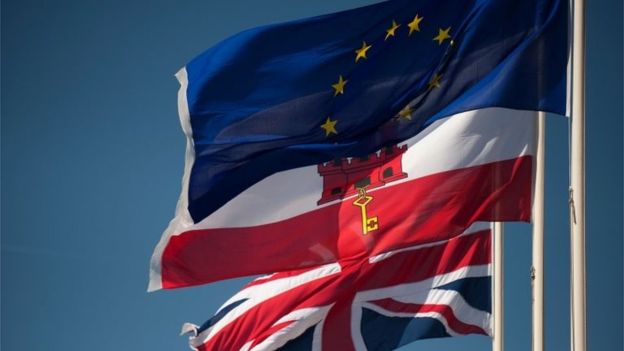 Gibraltar is a British Overseas Territory located in the Mediterranean Sea between Spain and Morocco. It is home to over 30,000 people. In 1704, Anglo-Dutch forces captured it from Spain during a war. Spain handed Gibraltar to Great Britain in a 1713 treaty. However, Spain still asserts a claim to the territory. It wants Gibraltar excluded from all post-Brexit agreements between the UK and the EU. Gibraltar rejected proposals for shared UK-Spanish sovereignty by 99% to 1% in a 2002 referendum. Gibraltar's Chief Minister has accused Spain of bullying. He said: "No one will be surprised to hear the Spanish government making provocative statements in respect of Gibraltar."