Scientists have made an alarming discovery about what kinds of pollution are most harmful to seabirds. A study led by Australia's Institute for Marine and Antarctic Studies discovered that balloons were the deadliest kind of plastic for seabirds.The research team said balloons were 32 times more likely to kill seabirds than hard plastics. They found that while balloons and other soft plastics accounted for only 5 per cent of plastics ingested, they were responsible for more than 40 per cent of deaths among seabirds. Lead researcher Lauren Roman said: "Hard plastic fragments may pass quickly through the gut, but soft plastics are more likely to become compacted and cause fatal obstructions." 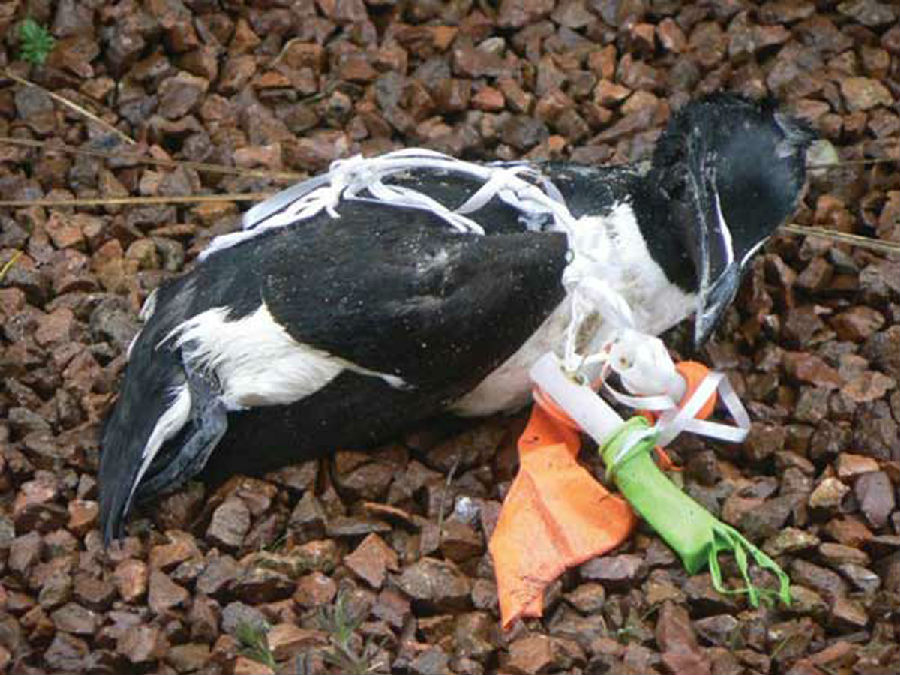 The study examined 1,733 dead seabirds and found that more than a quarter of the deaths were attributed to eating plastic. Ms Roman explained that plastic is becoming an increasing threat to seabirds. She said: "Marine debris ingestion is now a globally recognized threat....We suggest that reducing the presence of balloons and balloon fragments in the ocean would directly reduce seabird mortalities." LiveScience.com said: "With an estimated 280,000 tons of floating marine debris worldwide, about half of all seabird species are thought to ingest plastic on a daily basis. Birds are especially likely to swallow dangerous balloons because they closely resemble squid, according to the study."