A family from New Zealand had a shock when they stayed at a hotel in Ireland. There was a hidden camera in their hotel room. The camera was live-streaming their actions over the Internet to the world. The father in the family was an IT security consultant. He was an expert on wifi networks. When he was in his room, he scanned the wifi network at the hotel. He noticed there was one device called "IP camera". This device did not belong to him or his wife, so he became suspicious. He was able to find the live-stream from the camera on the hotel's network. He said: "I could see the live-stream video of myself looking at my phone. I had this horrible, sinking feeling that we were being watched." 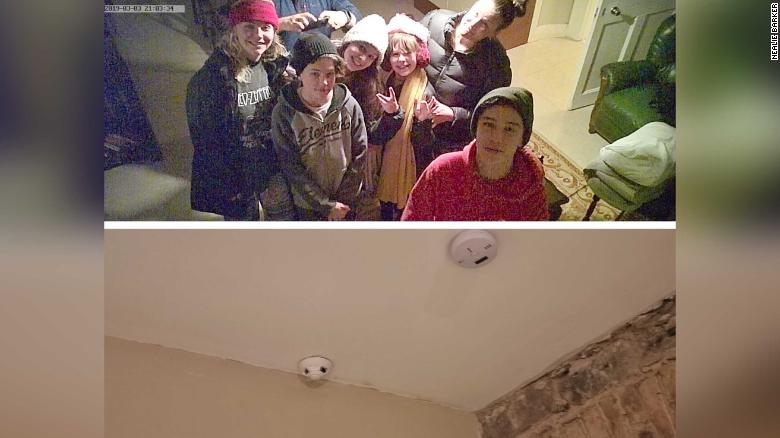 The man finally found the camera hidden in a smoke detector in the ceiling of his hotel room. He immediately contacted the company Airbnb to complain. He said Airbnb did not give him any advice about what to do. He said Airbnb did not seem to think the hidden camera was a problem. Airbnb later said they had made a mistake and apologized to the man and his family. It said: "The safety and privacy of our community is our priority. We strictly prohibit hidden cameras in hotels." Hidden cameras in hotel rooms are becoming a problem around the world. Last year, two South Korean men were arrested for secretly filming 1,600 guests in "love hotels". These are where couples go for a "romantic" time.