The Tokyo Electric Power Company (Tepco) has started removing fuel rods from Japan's stricken Fukushima No. 1 nuclear power plant. Tepco is the company that operates the nuclear power plant. It was badly damaged and suffered meltdowns following being hit by a massive earthquake and tsunami in 2011. Tepco started the removal of the nuclear fuel on Monday, five years behind schedule. The work to remove and relocate the hazardous rods was delayed because of a whole series of malfunctions of the devices that had been designed for the removal operation. Another factor that caused delays was high levels of radiation observed in the area. Tepco said this posed a "significant challenge" for engineers. 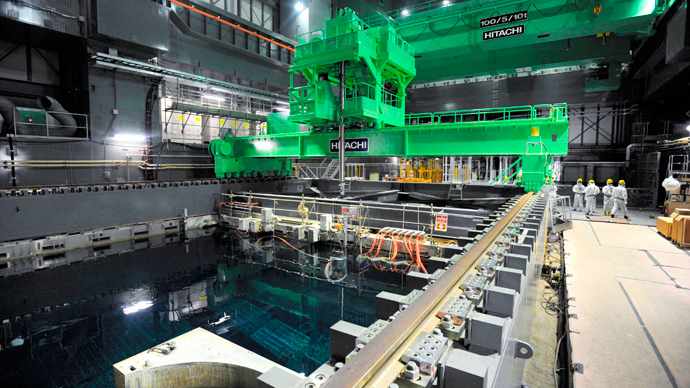 Tepco said it is removing seven unspent nuclear fuel rods from the reactor's pool. There are a total of 1,573 spent and unspent fuel rods stored at the power plant. The rods will be transferred to safer storage pools at the plant. Tepco said the work would be completed by the end of March 2021. A company spokesman, Tomohiko Isogai, said: "I believe everything is going well so far. We will watch the progress at the site as we put safety first. Our goal is not to rush the process but to carefully proceed with the decommissioning work." Another spokesman said: "Safety is our priority. We will carefully continue this work." Prime Minister Shinzo Abe said Japan would do its best to rebuild the area.