People have donated over one billion dollars to help rebuild the Notre Dame cathedral in Paris. The 850-year-old cathedral was badly damaged in a fire on Monday. The UNESCO World Heritage site is one of the most important cultural buildings in France. Wealthy people from all over France and around the world have given hundreds of millions of dollars to help restore the cathedral to its former glory. French president Emmanuel Macron told the nation in a televised address that he would make sure the reconstruction would be finished within five years. This would be in time for the opening of the Paris Olympics in 2024. However, architects say it could take decades to rebuild the world-famous landmark. 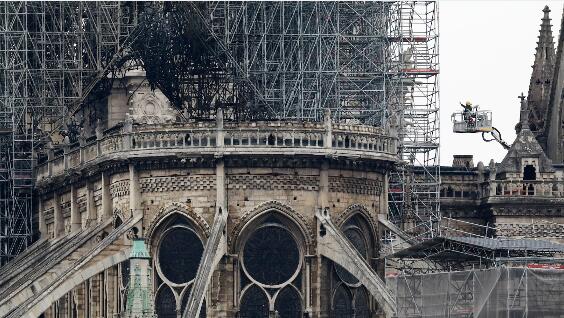 Some of the donors that are handing over cash are French billionaires. They include the owners of the luxury brand Louis Vuitton and the cosmetics company L'Oreal. The French oil company Total is also pledging 100 million euros. Apple CEO Tim Cook tweeted that his company would donate an unspecified amount. He said: "We are heartbroken for the French people and those around the world for whom Notre Dame is a symbol of hope. Relieved that everyone is safe. Apple will be donating to the rebuilding efforts to help restore Notre Dame's precious heritage for future generations." However, many people are asking whether the money would be better spent on helping the world's poor.