A father in Australia is being hailed as a hero after saving his baby son from the jaws of a wild dingo. The baby was dragged from his campervan on Australia's Fraser Island on Friday. His father awoke and heard his son's screams outside. He rushed to his son's aid and dragged his son from the dingo's jaws. He also fought off other animals in the pack. The 14-month-old baby boy was rushed to hospital and underwent surgery for a fractured skull and deep cuts to his neck and head. Doctors report he is now in a stable condition and is expected to make a full recovery. The father said: "Our son is doing well....We ask the media to please respect our family's privacy while we focus on our son's recovery." 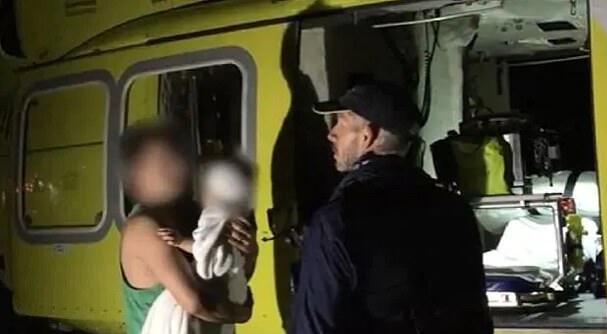 The recent attack on the infant boy is the third such incident this year. Fraser Island residents are worried that the attacks could threaten the island's heritage status. Long-term resident, Hannah Robinson, said many visitors did not realize they should not camp in unfenced areas with children under the age of 12. She said there was not enough education about how to be aware of the threat of the animals on the island. She added: "We have been calling for a visitors' center for years. This is one of the most-visited national parks and there is nobody around to give people information about what they can and cannot do. People who do the wrong thing are either naive or stupid."