At least 207 people have been killed and 450 hurt in separate explosions in Sri Lanka. The government said suicide bombers were responsible for the bombings. The blasts took place in churches and hotels across the country on Sunday. Three churches were attacked as people were attending religious services for Easter, one of the most important occasions in the Christian calendar. Three luxury hotels were also targeted. Sri Lanka's government has imposed a curfew on the country. It asked people to be alert and report anything suspicious. The government has also blocked social media websites to prevent the spread of misinformation. The government said police have arrested seven suspects. 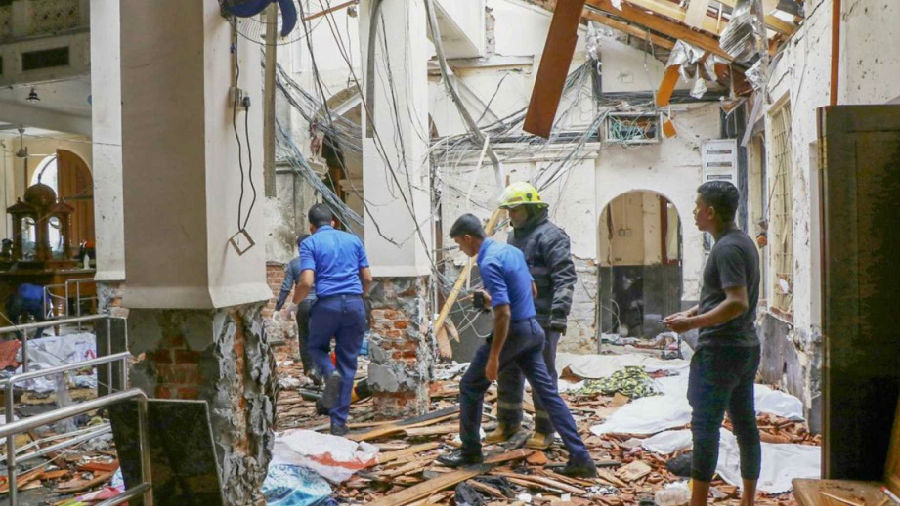 World leaders have condemned the attacks. Pope Francis said: "I pray for the injured and all those who are suffering as a result of this dramatic event." The leader of the Catholic Church in Sri Lanka told the BBC: "It's a very difficult and a very sad situation for all of us because we never expected such a thing to happen, especially on Easter Sunday." US President Donald Trump tweeted: "The United States offers heartfelt condolences to the great people of Sri Lanka. We stand ready to help." The president of Turkey called the blasts "an assault on all of humanity". Sri Lanka's president said he is worried that the violence could create more instability in his country and in its economy.