JUDY WOODRUFF: We turn to politics now, with the 2020 candidates making their case to voters in early states and, in some cases, beyond. In Hampton, New Hampshire, today, Joe Biden laid out what he calls his vision to restore decency and dignity in America, something he says is missing under the leadership of President Trump.

JOSEPH BIDEN (D), Presidential Candidate: We're embracing dictators. The president is embracing oligarchs, poking a finger in the eye of all of our allies as well. So it's our example that we have stood for in the past that has allowed the world to unite in the greatest, literally, not figuratively, the greatest alliances in human history.

SEN. CORY BOOKER (D-NJ), Presidential Candidate: This is a day that thousands of people have helped to make. 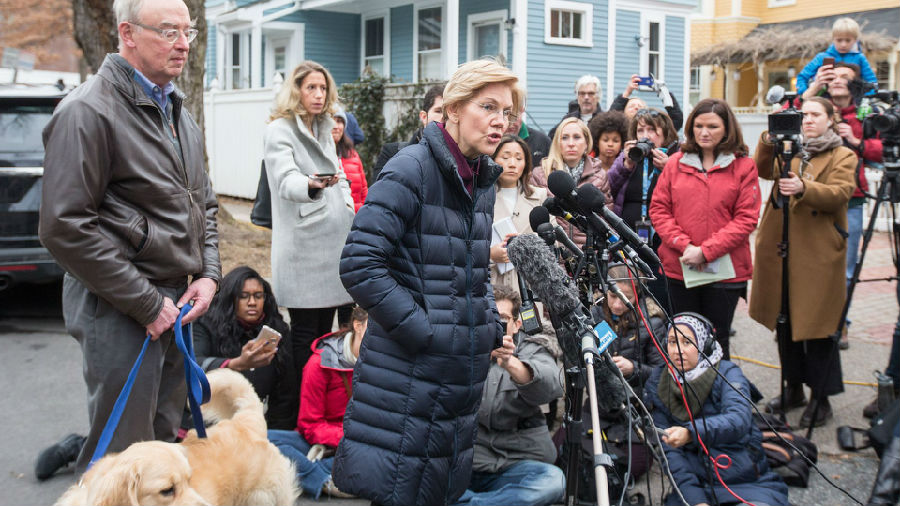 PETE BUTTIGIEG (D), Presidential Candidate: What I worry about are the very real walls being put up between us, as we get divided and carved up. What every gay person has in common with every excluded person of any kind is knowing what it's like to see a wall between you and the rest of the world and wonder what it's like on the other side.

SEN. ELIZABETH WARREN (D-MA), Presidential Candidate: Anyone in here know someone who's been caught in the grips of addiction? Oh, my gosh.

JUDY WOODRUFF: She spoke with voters, many of whom supported Mr. Trump in 2016, about the impacts of the opioid epidemic in their community, and her proposal to end the crisis. Another plan, this one from Julian Castro, the proposal reshapes U.S. public education, calling for universal pre-K, college debt reform, Pell Grant expansion, and a $150 billion investment in public high school infrastructure, all this as the Democratic field keeps growing.

BILL DE BLASIO (D), Mayor of New York: We will make a final decision this week.