AMNA NAWAZ: Well, President Trump is returning to a familiar issue. That's immigration. He is slated to deliver a speech on a new plan tomorrow. Tonight, our Yamiche Alcindor is at the White House. She was just briefed on what we can expect. Yamiche, you have just come from the White House. So, what do we expect the president to say tomorrow? 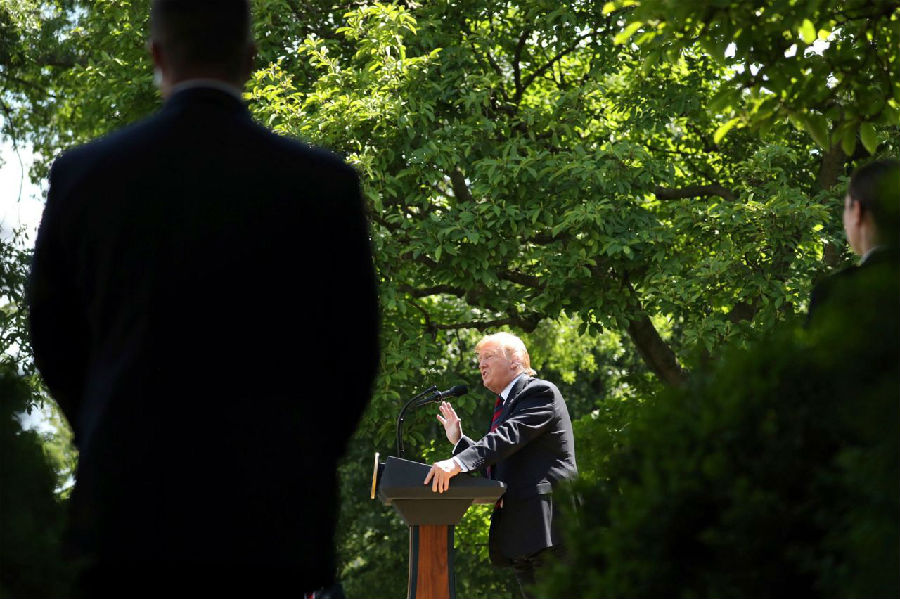 YAMICHE ALCINDOR: Well, this is really the president saying he wants the change everything about the immigration system as it stands now and really overhaul it, despite concerns by Democrats and Republicans. So I want to walk you through his plan. The first is changes to the legal immigration system. He wants to first focus on keeping the numbers of immigrants the same in the United States, but changing the composition. So, to look at that, he's going to be focused on merits and skills, he says. But the caveat here is that he's going to be cutting the number of immigrants that are coming here with family ties from 56 percent to 33 percent. So, that's half the number of people. He also wants to cut in half the number of people coming here with humanitarian ties and asylum seekers. They want to go from 22 percent to 10 percent. And, lastly, they want to increase the number of people coming on skills visas from 12 percent to 55 percent, so really focusing on skills there. He also wants to simplify the visa system. He's looked at other countries like Australia and Canada. And he wants to make it basically a lot quicker to be able to get a visa to the United States. The second big portion of this is a big border security bill. In that, the president wants to keep his signature campaign promise, which is building a border on the southern, building a wall on the southern border. He also wants to modernize ports of entries across the United States and specifically at the southern border. And to do that, he wants to look at new technology and people smuggling drugs into the United States. He also wants to, interestingly enough, unify families separated by the Trump administration. Now, that's, of course, the White House essentially saying, we want to be able to take all the families that we had separated and really identify them and put them together. The caveat there is that courts have already been telling the Trump administration that they have to do that. And Democrats say, while they're happy to see that in the plan, they think that that's something that the courts are going to make them do anyways. The big things that aren't included in this, DACA, which, of course, is focusing on immigrant that were brought here as minors by adults, and also temporary protected status, which are immigrants who came because of natural disasters. And there's also no plan for millions and millions of undocumented immigrants who are already living in the United States. So Republicans would say that that's no amnesty. Democrats would say there's no pathway to citizenship.

AMNA NAWAZ: Yamiche, just less than 30 seconds left. It's a lot to cover. Does this plan have any way of moving forward through Congress?

YAMICHE ALCINDOR: The simple answer is that it's dead on arrival in Congress. Democrats, including Congresswoman Pramila Jayapal, has been telling me this isn't a plan. Democrats have also been telling me it's not serious. Republicans have been saying, especially Lindsey Graham, who is an ally of the president, has been saying that this plan isn't really supposed to become law. And Susan Collins said, unless there are dreamers included in this, she won't be able to support it either.

AMNA NAWAZ: Yamiche Alcindor with the very latest from the White House, thanks, Yamiche.