Is Climate Change Making You Sneeze More?
From VOA Learning English, this is the Health & Lifestyle report.
Blooming flowers and new growth on trees make spring a beautiful time of the year. But for many people, all of this new growth only brings suffering in the form of allergies.
Some people claim that each year their allergies seem to get worse and worse.
Well, they are likely right.
Environmental experts and public health researchers are all saying the same thing: Climate change can make allergies more severe and allergy seasons longer.
A study published in the March 2019 journal Lancet Planetary Health found that pollen counts in the Earth's northern hemisphere have been increasing — along with a rise in temperatures.
The lead writer of that study is Dr. Lewis Ziska, a scientist at the United States Department of Agriculture (USDA). For the past 20 years, he has been studying the effects of climate change on allergens.
He told VOA Learning English that his research takes scientific theory and helps people's health.
"So, it's been very interesting to be able to take this sort of theoretical observation and to link it into some real pragmatic responses that have a direct impact on people's health. And one of the things that we've been trying to do is to make it more real: 'How does this affect me? What does it mean for my health? What does it mean for my life?'"
Allergies impact millions of people around the world. Experts at the Allergy and Asthma Foundation of America say allergies are one of the most "common chronic diseases." A chronic disease is one that causes problems often or long-term.
On its website, the Academy claims that between 10 to 30 percent of the world's population su﻿﻿ffers from hay fever, a type of allergy. Many people experience allergic reactions to tree pollen, grass pollen, ragweed pollen and more. 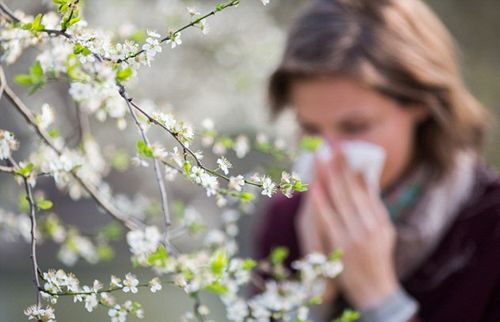 Findings from 2019 report
But now, back to Ziska and his research. In this most recent study, he and his team studied 17 locations in North America and Europe as well as the following countries: Australia, Brazil, Chile, China, Egypt, India, Iran, Japan, Mexico, Saudi Arabia, South Africa and South Korea.
Ziska only included places where scientists could provide at least 20 years of data.
The researchers found that 12 of those 17 places showed "significant increases" in pollen levels. And 11 of the 17 showed a "significant increase" in the length of allergy seasons.
Back in 2000, Ziska wanted to examine more closely the link between climate change and allergens in the environment.
He and another USDA researcher, Frances Caulfield, looked at the effects that rising carbon dioxide levels were having on the production of ragweed pollen. Ragweed is a common allergen, especially during the fall.
Ziska said that ragweed is one of the plants that has the most effect on human health.
"Remember, one of the memes that you'll hear often is that CO2 is plant food. And one of the plants that has a(n) effect in terms of human health is ragweed. It's the most common allergen in the fall."
The researchers grew ragweed in a controlled environment and increased the carbon dioxide levels in the air. They found that ragweed plants produced much more pollen when carbon dioxide levels increased.
But that is not all they found.
Increased carbon dioxide in the air may also lead to ragweed pollen that is stronger, or more allergenic.
Carbon dioxide is one of the so-called "greenhouse gases." These gases do not let heat escape from the planet; so, temperatures increase on Earth. This is part of what we call "climate change."
Ziska adds that CO2 does not know a so-called good plant from a bad one. And if you have allergies, ragweed is a bad plant.
Longer growing seasons
When other scientific writers report on the effects of climate change on allergens, they often use Ziska's research.
One such report was published in 2010 by the U.S. National Wildlife Federation and the Asthma and Allergy Foundation of America. In it, experts give a detailed explanation on how climate change is affecting allergen-producing plants.
For one thing, warmer temperatures are making the growing season for some allergen producers longer. And, the report says that some plant species may react better to increased levels of carbon dioxide (CO2) than others. For example, as the climate warms, the areas for major allergen-producing trees such as oak are getting larger.
So, does that mean increased CO2 could help "good" crops grow better? Again, here is Ziska.
"One of the things that we're also doing is looking at common crops — such as wheat and rice and oat — and trying to find specific varieties of those crops that respond more to carbon dioxide."
Ziska warns that not all places are being affected by rising levels of CO2 in the same way.
"A city is different than the surrounding countryside. Cities are heat sinks. Trees, for example, in the spring...they tend to flower earlier in the cities because it's warmer. Cities heat up faster."
And that's the Health & Lifestyle Report.
I'm Anna Matteo.