A Japanese emperor has abdicated for the first time in more than 200 years. Emperor Akihito stepped down from the Chrysanthemum Throne on April 30 after 30 years of being the Japanese monarch. He made way for his son Crown Prince Naruhito to become the new emperor. Akihito decided to step down because of his health. At the age of 85, he has been visibly slowing down for the past few years. He has also had a couple of health scares. He believes his son is now better able to carry out the duties of emperor. Emperor Akihito will be remembered for using a personal touch to bring his people together after many national disasters. He continually visited people after earthquakes, tsunami and other tragedies. 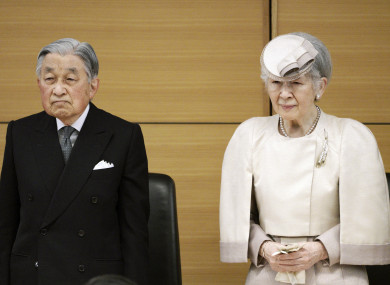 The new Emperor Naruhito became the 126th emperor to ascend the throne of the world's oldest monarchy. Naruhito, 59, spent two years studying at Oxford University. His wife, the new Empress Masako, studied at Harvard University and worked as a diplomat. A traditional ceremony took place as part of the historic handover. In the ceremony, Naruhito received a sacred sword, a jewel and official seals that date back thousands of years. The ceremony took place in the middle of a ten-day Japanese holiday. The traditional Golden Week holiday was extended to allow people to celebrate the new emperor. Millions of Japanese were glued to their TVs and smartphones watching the historic event.