A professor at a university in Norway believes a beluga whale that was found in the Arctic Ocean near Norway's northernmost point could be part of Russia's spy network. Local residents reported that the beluga was extremely tame and enjoyed being petted. Professor Audun Rikardsen said the creature was fitted with a harness and mount for a spy camera. He said: "It is most likely that the Russian Navy in Murmansk was involved." However, news images show there is "Equipment of St. Petersburg" written on the harness in English. A local said: "The talk in this hamlet is that it could have escaped from a Russian military facility or could have swum from St. Petersburg, Florida, because of the English-language text." 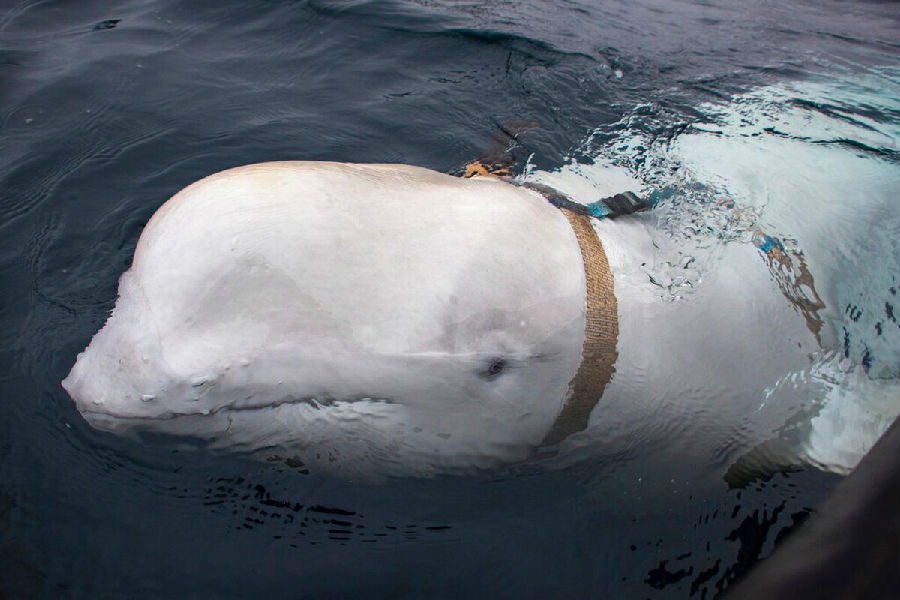 There is much speculation online as to where the whale came from. Journalists are asking whether it came from whale and dolphin training facilities in St. Petersburg, Florida. The U.S. Navy is known to use dolphins to help divers on military missions. A Russian naval analyst, Mikhail Barabanov, downplayed any links the beluga might have with the Russian military. He said: "Even if there are military programs for using marine animals for navy purposes, they are unlikely to be belugas." A Russian military official agreed. He told the BBC: "If we were using this animal for spying, do you really think we'd attach a mobile phone number with the message 'please call this number?'"