Iranian Foreign Minister Javad Zarif said Monday that Iran is acting according to its rights stipulated in the international agreement which to Trump administration abandoned last year. Iran has crossed 300 kilogram limit as we’ve announced earlier. We said very clearly what we were going to do and are acting on it. We considered our right based on the international agreement. Iranian leaders are trying to gain leverage in their struggle to get relief from US imposed sanctions, said analyst Catherine Bauer. They’re not necessarily looking for a way to export their low enriched uranium. They’re looking for a way to get some economic relief, to gain some leverage and hopefully that means they want to re-enter negotiations but I don’t think that’s going to happen anytime soon. The Trump administration has imposed tough economic sanctions on Iran to cripple its economy and force it to agree to renegotiating the nuclear deal that US President Donald Trump considers inadequate. 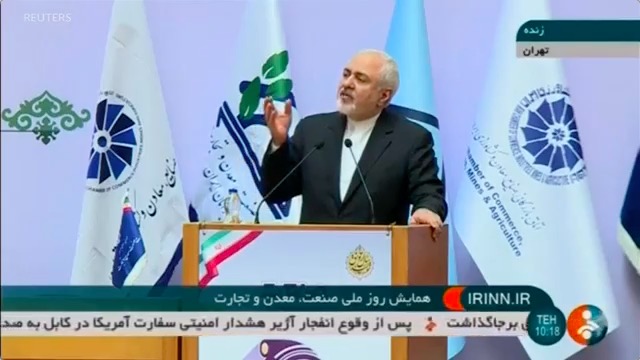 Iran is not likely to do that in the near future, says analyst Alan Makovsky. I think that Iran has the will with all that they will not do that certainly not under the Trump administration. I think they’re hoping Trump will be defeated in 2020, and perhaps they’ll get a fresh start. Makovsky says it would be a major loss of face for Iran to return to negotiations. Iran is more likely to engage in provocations such as arming Houthi rebels in Yemen and staging attacks through third parties. Using proxies is one of Iran’s most preferred ways of responding to sanctions and to other policies of the United States which it objects-- because use of proxies gives them a certain plausible deniability. Both Iran and the United States have said they do not want war. U.S. President Donald Trump has been pressured by those who want a military response to Iran’s provocations and those who urge de-escalation. He says he is in no hurry to respond. Sanctions to Iran…and...I’m in no rush. I’m in no rush with Iran. I’m never in a rush, if you’re in a rush to get yourself in trouble. Analysts say it is not clear if and when the sanctions will produce the desired effect. Makovsky pointed out that Iraq under Saddam Hussein had been able to hold out. North Korea has carried out six nuclear arms tests despite years of international sanctions.
Zlatica Hoke, VOA News, Washington.