Nike is dropping their Betsy Ross inspired shoe that they created for the Fourth of July, logical, right? After endorser and former NFL player Colin Kaepernick picked up the phone and complained that the original Ross flag was offensive because of its connections with the era of slavery in the United States. The company wants retailers to send the shoes back saying in a statement, quote, "Nike made a decision to halt distribution of the Air Max 1 Quick Strike Fourth of July based on concerns that it would unintentionally offend and detract from the nation's patriotic holiday." Now a special edition, Tuesday edition of Wednesdays with Watters, we can't wait so we had him in on Tuesday. Hello, Jesse. Hi, Martha. This is just -- it really amazes me how much power Colin Kaepernick has. Too much power if you ask me. I mean, Nike is now anti-American company. They -- the only reason they make money, though, is because of America, because of equality and justice and the American way. And maybe they think there can be profitable by being like this. But I just think it's dangerous. Because Colin Kaepernick comes in, makes a phone call, is offended, the majority of the country doesn't believe that. Yes, slavery was a stain. Yes, America was flawed. I have tons of flaws. You are flawless, Martha. But most people have flaws. No. Far from it. 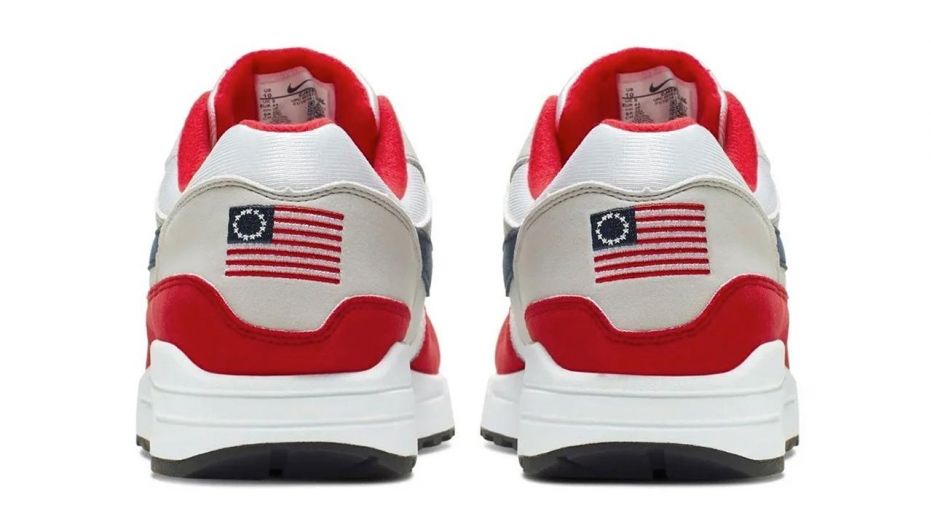 And we acknowledge our flaws and we grow from them and then we celebrate who we are in our entirety. He wants to divide us. He wants to pick that scab. Focus on the flaw. And not unite the country and it is literally the flag, the fabric of this nation. And he just wants to tear it apart. And poor Betsy, too. What about all the people who are -- Poor Betsy, right. And what about all those people who are unintentionally offended by the fact that they pulled the sneaker, you know, who find that offensive. Who find, you know, who wanted to get a pair these sneakers. It's just such a silly thing. Yes. But I think, you know, when they -- when he came out with that ad where he is like standing in the middle of the city and he is professing his beliefs, sales went up. Right. So, they are making a purely, you know, bottom line calculation here that hey, you know what? When we do this, it seems to work for us. Right. And they have the right to do that as a company. But now they are multinational conglomerate. They are less American. There is a line though between social justice and anti-Americanism. And I think they are crossing that line. A lot of people are really upset about this. This is our founding. This is when we threw off the yoke of the British. Arizona Governor Doug Ducey was supposed to, you know, they were -- they had given them a tax incentive to build a new plant or business there. And he said, you know what? No thanks. Yes. No thanks.