Hello, I'm Julie Candler with the BBC news. A satellite image has revealed the scale of flooding in the Bahamas as hurricane Dorian lashes the country. The aerial photograph indicates large areas inundated, including the Grand Bahamas International Airport. A local news website has posted footage of devastation in the town of Marsh Harbour, a truck is shown loaded with bodies and the entire town is swamped with flood water. Gary O'Donoghue reports from Florida. The northwestern Bahamas continue to be pounded by hurricane Dorian which has remained almost stationary over the past twenty hours with no let-up for these tiny islands. Rescue teams have struggled to reach Grand Bahamas which is still being battered with winds of a hundred and twenty miles per hour and heavy rain. A royal navy auxiliary ship with a Wildcat helicopter on board is starting to fly reconnaissance missions to assess where the help is needed most.

The British Prime Minister Boris Johnson is facing a showdown in parliament later today when some MPs attempt to take control of the agenda in order to further delay the UK's departure from the European Union. Rebel MPs in the governing Conservative Party are trying to prevent a no-deal Brexit as Norman Smith reports. Boris Johnson appears today to have been forced firmly onto the back foot by his parliamentary opponents. Not only are they increasingly confident of defeating him in tonight's vote, but the threat of deselection appears only to have hardened the resolve of Tory rebels. This morning, in a searing intervention, the former Chancellor Philip Hammond accused Boris Johnson of rank hypocrisy for demanding loyalty, dismissed his claim of progress in the negotiations as nonsense and described his chief advisor Dominic Cummings as an interest incomer who didn't care about the Tory Party. 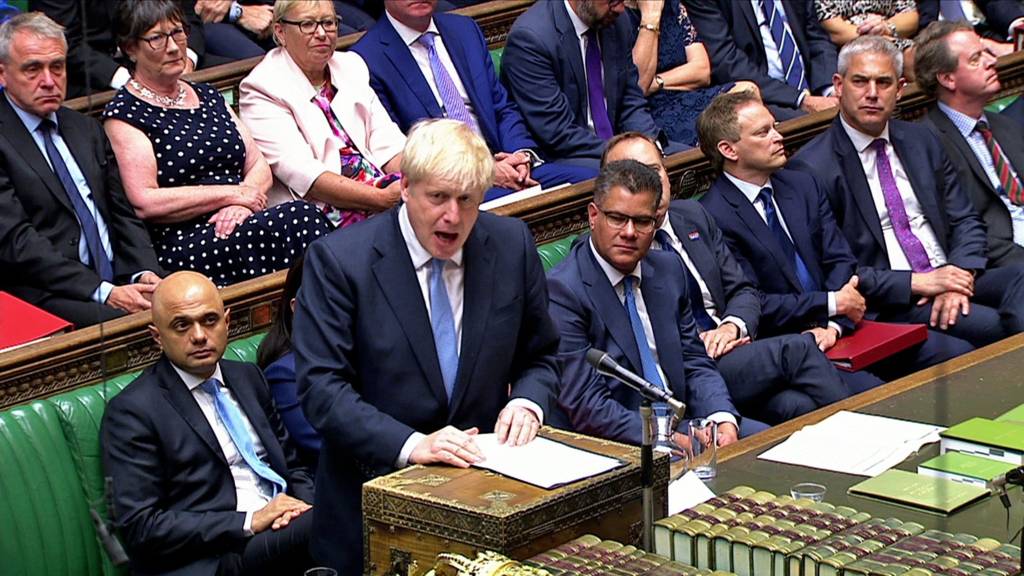 Members of Italy's populous Five Star Movement are voting in an online ballot on whether to back a coalition deal with a center-left Democratic Party. If they do, it'll reduce the chances of Italy needing new elections. Any coalition would still need to win confidence votes in parliament.