Hello, this is David Austin with the BBC news. The Irish Prime Minister Leo Varadkar has warned his visiting British counterpart Boris Johnson that a no-deal Brexit would affect a friendship between the two neighbors. Mr. Varadkar said a promise could never replace a legally binding guarantee that there would be no return to a hard border with northern Ireland, known as the backstop. In the absence of a great alternative arrangements, no backstop is no deal. For us, all it does is kick the can down the road for another fourteen months, another fourteen months of uncertainty for business, another fourteen months of uncertainty for people north and south of the border. So that's not not an option that we find attractive at all. In response, Mr. Johnson insisted he wanted a deal. I've looked carefully at no-deal. I have assessed its consequences both for our country and yours. And yes, of course we could do it. The UK could certainly get through it. But be in no doubt that outcome would be a failure of statecraft for which we would all be responsible. 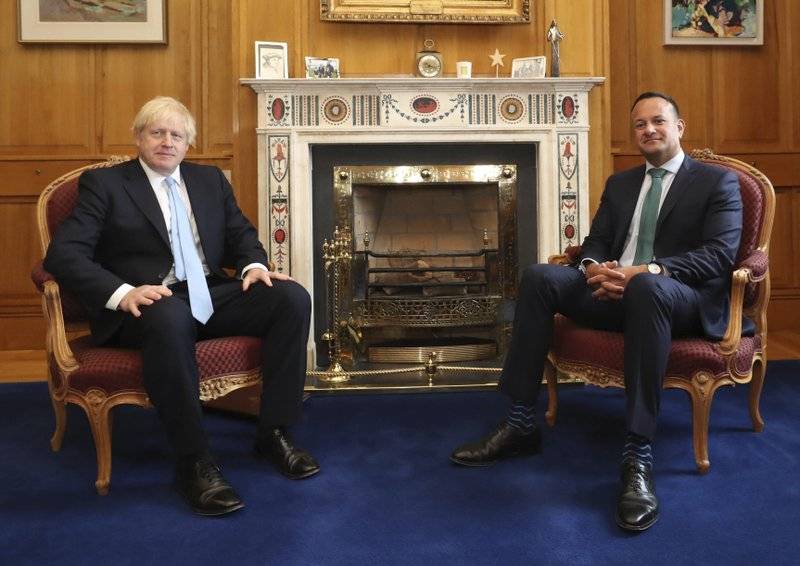 Eighteen fighters are reported to have been killed in air strikes on pro-Iranian forces in eastern Syria. The British-based Syrian Observatory for Human Rights said the attack was carried out in the Albu Kamal region near the Iraqi border. Here's our Middle East analyst Alan Johnston. It's not yet known who launched these reported airstrikes, but there'll be suspicion that Israel was behind them. It has struck repeatedly at targets linked to Iran and Syria, where the Iranians are allied with the government. Israel is determined to disrupt Iran's efforts to use Syria as a supply route for weapons going to militias it supports in the region. In another development, the Israeli army says rockets were fired at Israel early today by fighters in Syria operating on Iranian orders. It said the missiles failed to land in Israeli territory.

Pro-Kremlin candidates have suffered a resulting setback in Russian local elections after the disqualification of opposition candidates prompted rare mass protests. The United Russia Party, set up to support President Putin, lost almost a third of the seats that it controlled in the Moscow parliament, although it retained its majority. The opposition leader Alexei Navalny hailed the results as a triumph with strategy of tactical voting.

Google and Facebook have shrugged off warnings by Russia's official telecommunications watchdog against them allowing political advertising on their platforms during the elections. Google said that it supported responsible and legal political advertising without saying whether or not it carried any. Facebook said that advertisers are not the company were responsible for complying with local election laws. World news from the BBC.