Football fans in South Korea are planning to sue Italian soccer giants Juventus and its star player Cristiano Ronaldo. Over 2,000 fans want compensation after Ronaldo failed to play in a pre-season friendly against an all-star K League team. Juventus signed a contract to play Ronaldo for 45 minutes of the game, but he stayed on the subs bench and did not even lace up his soccer boots. Many fans at the game switched from chanting Ronaldo's name to chanting the name of his great rival Lionel Messi. There were also boos around the stadium. The fans have also been voicing their anger at Ronaldo on social media. One wrote: "He betrayed the 60,000 audience and belittled us. I'm no longer a Ronaldo fan." 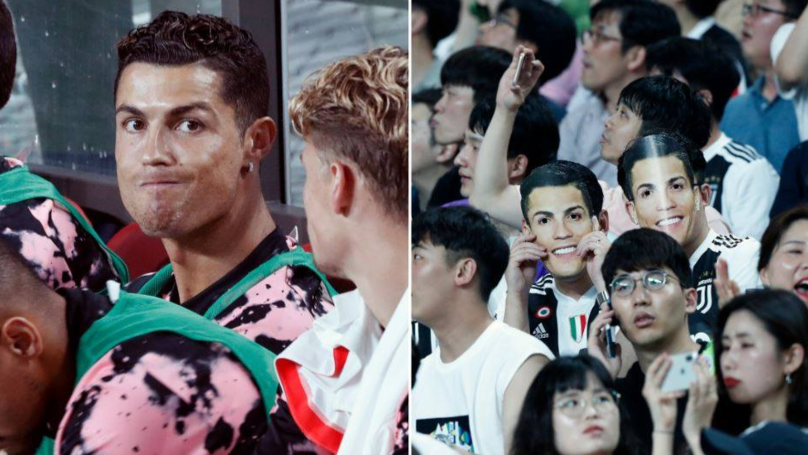 The angry fans are now seeking compensation. They have gone to a law firm in South Korea's capital city, Seoul. They want Juventus to return their $60 ticket price and pay compensation of $850 to each fan for the "mental anguish" they suffered because of Ronaldo's no-show. A lawyer told the Reuters news agency that normally in such cases, fans would get their money back for their tickets, but this was "a special case since the company, through false advertising, took advantage of the football star's fans". The lawyer added: "As for the mental anguish part, I'd like to say some of the fans are very passionate. They are real, avid fans, so for them it is very painful because they love Ronaldo."