Lebanon's only English-language daily newspaper published an edition on Thursday without any news. The Daily Star printed a newspaper that contained largely blank, white pages. The front page simply said "Lebanon". The inside pages contained a single banner highlighting the current ills the paper deems the country is suffering from, and the back page had a photo of a cedar tree (Lebanon's national symbol) with a caption reading: "Wake up before it's too late." The newspaper explained why it had not put any news on its pages, saying it had, "refrained from publishing news articles in its print edition" to protest against the country's deteriorating economy and political situation. 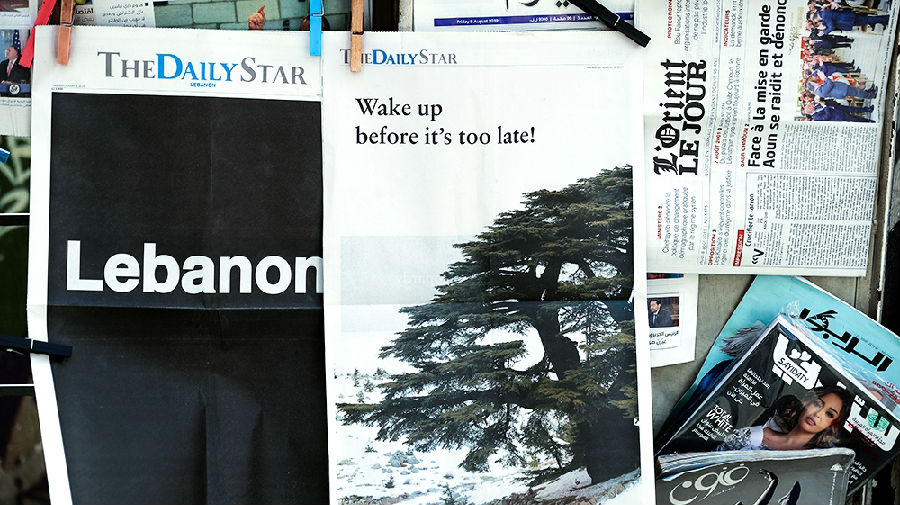 The Daily Star's editor-in-chief, Nadim Ladki, spoke to reporters at CNN about the rationale for the protest publication. She said: "The aim is to ring the alarm bells about all the challenges that our country is facing and to urge everyone in Lebanon to work towards resolving these crises." She added that she was, "calling on politicians and everyone to pull together". Some of the headlines on the inside pages read: "Government deadlock," "Pollution at alarming levels," and "Public debt close to $100 million". Other woes highlighted included unemployment and illegal weapons flooding the country. Ms Ladki said: "It's enough that people take notice of these problems and think."