Hari Sreenivasan: The Supreme Court will begin its new term tomorrow with a docket full of blockbuster cases ranging from abortion and DACA to insanity defenses and LGBTQ discrimination. Joining me now from Washington D.C. with a preview of what to watch for is Amy Howe, co-founder and contributing reporter for SCOTUS blog. Amy, it seemed that the court was trying to avoid these kind of big third rail issues but they're jumping right into it. Let's start with LGBTQ rights.

Amy Howe: Yes. On Tuesday, the Supreme Court will hear oral argument in a trio of cases, two of them will be argued together. They deal with whether or not federal employment discrimination laws protect LGBT employees. There's a provision of the Civil Rights Act that prohibits employment discrimination and here's the key phrase "because of sex," and so for many years this had not been interpreted to protect LGBT employees. But in recent years, a couple of federal courts of appeals have interpreted that way. So now the Supreme Court's going to weigh in.

Hari Sreenivasan: All right. And then we have DACA. The Trump administration says that basically the Obama administration didn't have the right to do this. They're challenging this.

Amy Howe: Yes. And so there's going to be two questions before the Supreme Court. The first is whether or not this is something that courts can review at all or whether this is the kind of decision left to the executive branch of the federal government. And then there's the question of the legality of the Trump administration's decision to end DACA. But more broadly this is a program that nearly 800,000 young adults have benefited from. And it provides them with not only protection from deportation but then potentially unlocks other benefits like the ability to get a driver's license to work legally in this country. And even more broadly than that the Supreme Court's going to be weighing in it in essence on the hot button issue of immigration during the middle of the presidential campaign. 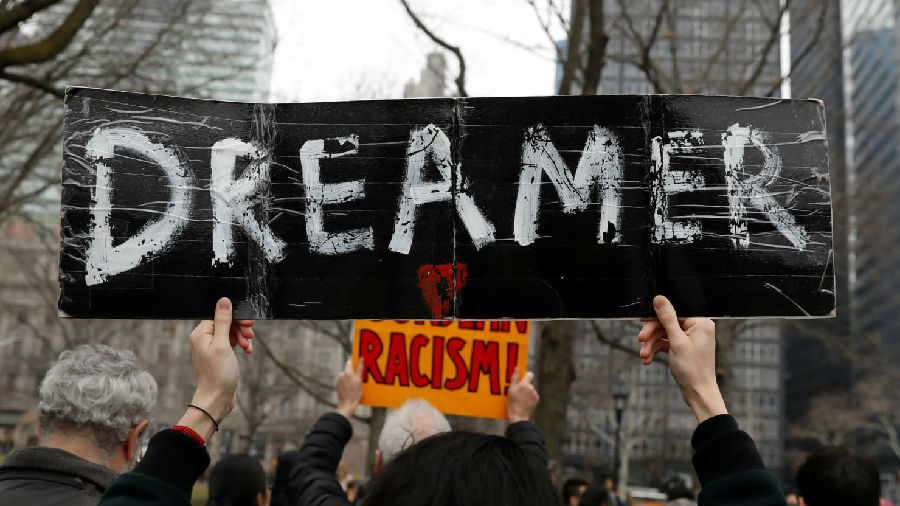 Hari Sreenivasan: Right. And one of the things that motivates people on both sides of an issue is abortion and there's a case coming up that seems awfully familiar or awfully similar I should say, to a case that they just had a little while ago?

Amy Howe: Yes back in 2016 after the death of Justice Antonin Scalia, the Supreme Court by a vote of 5 to 3 struck down a Texas law that requires doctors who perform abortions in Texas to have what's known as admitting privileges, the right to admit their patients at local hospitals. Justice Anthony Kennedy joined the court's four more liberal justices in striking that law down. The U.S. Court of Appeals for the Fifth Circuit earlier this year upheld a very similar law in Louisiana. So the abortion providers asked the Supreme Court to step in and block the law temporarily to give them time to appeal. And Justice Kennedy has retired since then was replaced by Justice Brett Kavanaugh. The court, when it announced it was going to take up the Louisiana case, agreed to hear a cross appeal from the state that said that we also think you should weigh in on whether or not the abortion providers have the legal right to challenge this health and safety law at all and so that's going to be an interesting issue to watch. It could give the Supreme Court potentially an off ramp to avoid deciding whether or not the Louisiana law itself is constitutional and what happens in Louisiana if for example this law is upheld.

Hari Sreenivasan: How many providers are there that could continue performing abortions?

Amy Howe: Abortion providers when they came to the Supreme Court, they said there'd be only one doctor providing abortions in the early stages of pregnancy and none at all after 17 weeks. Justice Kavanaugh, when the court issued that temporary hold back in February, said look, you know this there's a lot of disputed facts here and I think we should allow the law to go into effect to see how it actually plays out whether or not that's actually the case.

Hari Sreenivasan: All right Amy Howe from SCOTUS blog thanks so much.

Amy Howe: Thanks for having me.