Foreigners Help Fill US Teaching Positions
The New Mexico high desert is known for its beauty. The area enjoys sunny skies, and even snow in winter.
One thing missing has been teachers.
The Aztec Municipal School District serves about 3,000 students in northwestern New Mexico. But, for nearly eight years, the school district had trouble finding full-time teachers for its special education students. It instead used temporary or substitute teachers to work with children who have physical disabilities or difficulty learning.
Tania Prokop is Aztec's Deputy Superintendent. She tells VOA Americans were not interested in the full-time positions.
Aztec is not alone. New Mexico State University reported that the state had 740 unfilled teaching positions in public schools.
A study from the Learning Policy Institute estimates that nationwide, public school districts currently have a shortage of 112,000 teachers.
This year, through a program that brings foreigners to teach in U.S. schools, Aztec has eight full-time, special education teachers. All of them are Filipinos with J1 visas from the U.S. State Department. They teach some of the children who attend the district's six schools.
Aztec's Filipino teachers are trained specialists in their areas of expertise. They come to teach for three years, and the visa can be extended for up to five years. The J1 visa, however, does not lead to a green card, or permanent residency in the United States.
Prokop gives high marks to the Filipino teachers, saying it has been "a wonderful experience."
Not all of it has been easy.
Both the Filipino teachers and the American students have to get used to the differences in their cultures.
Prokop says managing the classroom is "one of the biggest things" the teachers have had to learn.
Learning in the classroom is not just limited to reading books and doing homework.
Prokop said that many of the students have never traveled far from home.
"So to have somebody come from a whole different country across an ocean and share those experiences and share pictures and share stories and share food and we're coming up to some holidays. So they'll be sharing some different experiences with holidays."
Prokop said the community welcomed the eight Filipino teachers and helped them settle into their new homes.
Riva Alipin is one of the eight. She teaches mathematics — integrated Algebra — at Aztec High School with another teacher.
"Working in America is a dream of every Filipino teacher," she told VOA. She said she believes America provides an "excellent" chance for them to improve their teaching.

Coming here to teach in America, she said, she needed "a lot of guts." In other words, one must be brave. Alipin also said it was "risky" because New Mexico is so far away from her homeland. 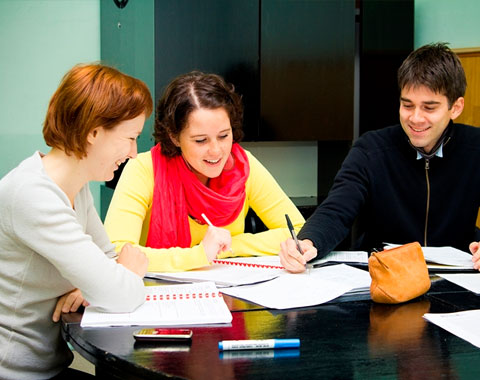 She also was concerned about discrimination.
"There has been news in my country that Filipino teachers have been taken for granted, not by the school admin (leaders) but by the students," she said.
"The students have bullied teachers for being a non-native English speaker. Filipinos are discriminated because of our accent" — meaning, the way they talk. But she said that, "my experience in Aztec High school proves it wrong."
She says the students are kind and respectful.
Some things the Filipino teachers will need to get used to; the food and weather. Americans eat different foods. In addition, New Mexico has very different weather from The Philippines. The eight teachers are excited about winter, since it will be their first snow.
Alipin found her job through a business called Bepauche International LLC.
Cheryl Marie Maghinay is co-owner of the company. She left The Philippines and moved to the United States over 10 years ago to accept a job as a teacher. In 2016, she launched her company to help other Filipino teachers find work. This year she helped place teachers in schools across the country, from Florida to Montana and Colorado.
Bepauche is based in Farmington, New Mexico, where Maghinay was a high school teacher. She told VOA almost 1,000 teachers a year contact the company. Of that number, 100 to 200 find jobs in U.S. schools.
Maghinay works with the teachers before they start in their new positions. She said it is not easy for them when they first arrive.
But she adds that the foreign teacher program increases understanding between people from different countries.
"I see the benefits and I see the beauty in diversity. You know, different people come together and learn together. Different practices and also knowledge about each other's culture. It's really, it's really nice."
The U.S. State Department says 3,252 foreign teachers were given exchange visas in 2018. The countries sending the most teachers were the Philippines, Spain, Jamaica, China and France. The top five states with the most foreign teachers were North and South Carolina, New Mexico, Texas and California.
In Illinois, 138 teachers from Spain work in public schools under the visitor exchange program. The state has been taking part in the program for 22 years.
The Illinois State Board of Education (ISBE) told VOA it plans to hire an International Teacher Recruitment Specialist "who will be responsible for establishing relationships with other countries."
In an email to VOA, Jackie Matthews, an official with the ISBE, said the goal is to employ teachers who speak English and can "teach in areas of need." But, she called it a "short-term solution while ISBE continues to support 'grow our own' teacher programs."
What is causing the shortage of teachers?
Matthews said Americans give different reasons, including pay, pensions and working conditions. The ISBE says another problem is that educators are not always being prepared to teach subjects where there is the highest demand in U.S. schools. Illinois' biggest shortages are in bilingual and special education.
I'm Bryan Lynn. And I'm Anne Ball.