This is Scientific American — 60-Second Science. I'm Christopher Intagliata.
Think killer robots. What c﻿﻿﻿﻿﻿omes to mind? Maybe...this guy? "I'll be back."
"We are not talking about Terminator. We're talking about much simpler technologies, which are a﻿﻿t best a few years away, and in fact, many of which you can see under development today in every theater of the war."
Toby Walsh, a professor of artificial intelligence at the University of New South Wales in Sydney. He spoke February 14th as part of discussion called "Killer Robots: Technological, Legal and Ethical Challenges" at a meeting of the American Association for the Advancement of Science.
"And so these are systems that are using sensors and software processing on their own to determine what constitutes a target and then applying lethal force to that, without supervision or meaningful human control."
Another speaker, Peter Asaro, co-founder of the International Committee for Robot Arms Control, has participated in U.N. talks on autonomous weapons. "So what we've really been lobbying is not a sort of complete ban on some specific technical capability but a more general requirement that all weapons systems should have meaningful human control over the targeting and engagement of those weapons systems." 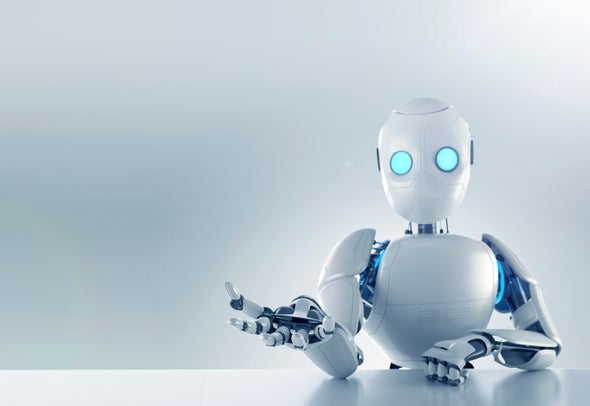 "We're also quite fearful these could constitute a new kind of weapon of mass destruction, to the extent that a small group of people or individuals could launch large numbers of autonomous weapons systems that could have devastating effects on populations."
Mary Wareham, coordinator of the Campaign to Stop Killer Robots at Human Rights Watch, cited the results of a new international poll on killer robots: "The public is becoming more opposed to the prospect of a weapons system that would remove human control."
Sixty-one percent of the adults polled, from 26 countries, opposed the idea of killer robots, up from 56 percent two years ago. "Opposition was strong for both men and for women, although it was men who were more likely to favor these weapon systems compared to women."
"And this story hasn't ended yet. We don't know how it'll end. We hope it'll end with an international treaty that provides guidance as to the norm, stigmatizing the removal of humans from the selection and attack process of weapons systems. Or you know the gates will open and we'll see proliferation, destabilizing incidents, and from our experts, this is just a bad situation all around if we don't get this new international law now."
Thanks for listening for Scientific American — 60-Second Science. I'm Christopher Intagliata.