Ben was awakened by a gunshot. The sharp noise came through the thick stone walls of the house. It was cold in the bedroom and Ben Newman was shaking as he got out of bed. He put on his eyeglasses and went over to the window. The field was covered with white frost. Nothing moved out there in the deep quiet just before sunrise. Ben looked past the field to the thick woods. Two weeks ago he saw a deer among the trees. He held his breath with excitement; then the deer walked off. Ben wondered where the shot had come from. He thought perhaps he had dreamed he heard a gunshot. He looked out toward the frozen lake. Near the trees he saw a shining piece of metal. When it moved, Ben saw that it was a long gun. A minute later a man came out of the woods. He wore hunting clothes. Suddenly a bird flew upward. The man quickly put the gun to his shoulder and shot. Ben watched the bird, praying it had not been hurt. It flew near the ground and went into some tall grass. Safe, Ben thought.
The hunter did not move for a moment, then he began to follow the bird. Hate for the hunter burned inside of Ben. "Hey!" he shouted. His voice cut through the stillness. The hunter stopped, but then continued to follow the bird. Ben shouted again, but this time the hunter did not stop and Ben started to move toward him. But Ben was in his night clothes and he did not go far. Instead he returned to the house. He got a metal shovel and hit the stone sides of the house so that the noise would warn the birds and animals of danger. The hunter looked back at Ben. "No hunting!" Ben shouted, "No hunting on my land!" The man called back, "Where can I hunt?" "South," Ben said, "go South," and pointed behind the man. The hunter started to walk away. Ben had just bought this house in the woods. He wanted to protect everything on his land. He thought that everyone would obey the signs: "No Hunting." Ben had just finished putting on his clothes when he heard another gunshot. This troubled him deeply. How could he stop this hunter? He walked toward the lake. He did not want to fight, but the man must go. He walked quietly. He wanted to surprise the hunter. But then, what would he do? He could not fight the hunter.
Suddenly he heard a bird's wings beating the dry grass. Ben moved quickly toward the sound. He saw a colored head ... the head of a beautiful pheasant bird. The bird did not move until Ben came close. Then it tried to fly away, but one wing was broken. Ben lifted the bird and held it close against his body. The bird fought to escape, but soon lay quietly in Ben's arms. Its body was warm and heavy. Ben decided to take the bird home and fix its broken wings so that it could fly again. He was almost through the woods when he heard the hunter behind him. "You just find that bird?" the hunter asked. "Yes," Ben answered. "It is mine!" Ben was afraid and tried to answer, but his mouth was too dry to speak. But be wet his lips and said "No." "I shot him and I say he is mine!" "But he is not dead yet," Ben answered, "and besides, anything on my land belongs to me." The hunter reached out for the bird. "I will have to kill it," he said. "That bird will soon die anyway." Ben got angry. "Get out of here!" he said. "I told you before and I am telling you again: get off my land!" The hunter looked down at the little man and smiled. "Say, who are you?" Ben's voice shook with both fear and anger. "I own this land. There are signs everywhere that say, "no hunting." "No need to get angry, mister," the hunter said. "Control yourself." 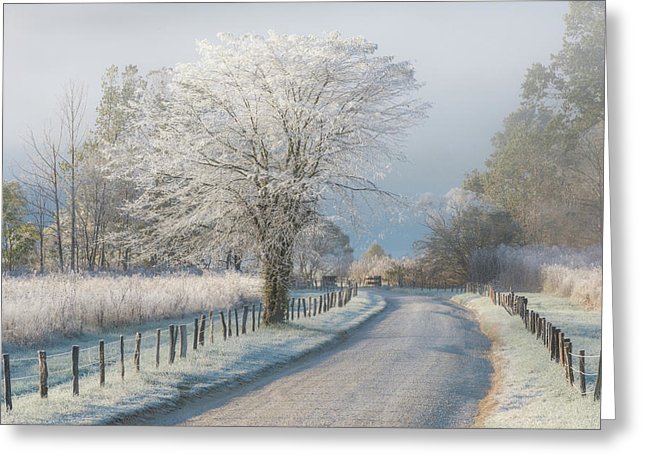 There was something threatening in the man's cool quiet voice. And he had a gun. His arms were free and Ben's were not. The hunter stepped closer and said, "Give me that bird!" Ben was white with anger. "No!" he answered. His eye glasses became wet and he had to look over top of them to see the other man. "Give me the bird and I will go away," the hunter said. "You get off my land," Ben told him. "Get off right now...you do not belong here!" The man's face got red. "Mister," he said, "l have been hunting here all my life. I grew up here." "That is a thing of the past," Ben said. "I do not know who you are and I do not care. I own this place now and I am telling you to leave. You go back through the woods and get off my land!" "Now look, mister," the hunter said, "be reasonable." "I am trying to be as reasonable as I can," said Ben, holding the bird tightly. "I just want you to get off my land." The hunter raised his gun. A cold wind blew across Ben's face. He looked into to the hunter's gray eyes. Ben was frightened. It was not too late, he thought. He could still give the bird to the hunter and return safely home...that would end this whole ugly business. The bird struggled weakly and made a wild, strange noise.
Then Ben knew he could never give this bird to the hunter. This feeling gave Ben great strength, and he was no longer afraid. "I will never let you kill this bird," he said. "Get away from here. If you try to take this bird, I will fight...you have a gun and you are bigger, but that does not worry me. You will never get this bird...you will have to kill me first." The two men looked at each other. Ben's fear returned. His knees began to shake and he felt sick. Yet he stood straight, wondering what would happen next. They stood close to each other for a long time. The woods were strangely quiet. Then the hunter's rough voice broke the silence. "You are a fool." And then to Ben's surprise, he slowly walked away. Ben watched until he was gone. His arms hurt, his body felt was and cold... he went to the house. Ben carried the bird into the kitchen and put it gently on the floor. It did not move. Ben took off his foggy glasses and dried his face. The bird watched him. Ben smoothed its feathers with gentle fingers. He carefully studied the injured wing. There seemed to be no hope. The wing was pulled almost away from the body. The bullet had smashed the bone. Ben knew the bird was dying ...there was nothing he could do to help it. He wondered if birds felt pain. He wondered how long it took a bird to die. The hunter was right, the bird would soon die. There was just one thing to do now to stop its suffering. Ben could kill it quickly. He put his hands around the bird's neck. But when he felt the warm life under his fingers, he could not kill this beautiful thing. Tears filled his eyes. He knew now what he would do ... he would stay with the bird, smoothing its feathers until it died.