New research says eating nuts could be a valuable, tasty and nutritious slimming aid. Researchers from Harvard University recommended that people replace a daily unhealthy snack with a small handful of nuts to slow down weight gain. They say this is especially helpful for people as they get older. The researchers found that people who ate just 14g of nuts every day gained less weight than those who ate another snack. The people who ate the nuts were less likely to become obese. However, the benefits to our weight could be quite small. The scientists said swapping chocolate, cakes and potato chips with nuts could help prevent a weight gain of just 0.4 to 0.7kg over four years. 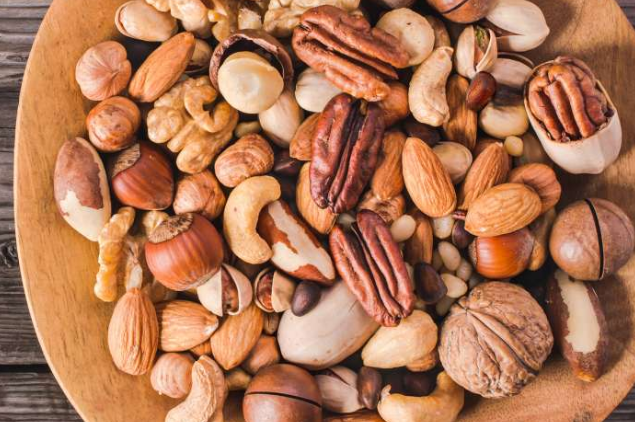 The researchers conducted a long-term study in which they looked at the lifestyle of nearly 190,000 people over two decades. The participants in the research were divided into three groups. They included more than 51,000 male health professionals aged 40 to 75, 121,700 nurses aged 35 to 55 and 16,686 nurses aged 24 to 44. Researchers asked the participants questions every four years about their weight, how often they ate nuts, and how often they exercised. Researcher doctor Xiaoran Liu said: "Incorporating nuts into a healthy diet by replacing less healthy foods may help reduce the gradual weight gain common during adulthood and beneficially contribute to the prevention of obesity."