One of the world's leading travel websites, TripAdvisor, has decided to stop selling tickets to attractions and aquariums that have marine creatures like dolphins, orcas, porpoises and whales. One top attraction that TripAdvisor will not sell tickets for is SeaWorld in Florida. A TripAdvisor spokesperson said the ban is a continuation of the company's 2016 policy that prohibited sales of tickets to attractions where tourists come into physical contact with animals, like elephant rides. TripAdvisor halted ticket sales to "demeaning animal shows and performances" in 2018. The latest ban applies to any attractions that "contribute to the captivity" of dolphins, orcas, porpoises and whales. 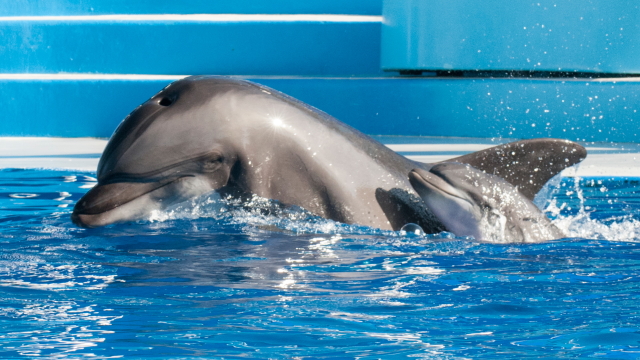 A TripAdvisor spokesman elaborated on his company's new initiative. He said: "Whales and dolphins do not thrive in limited captive environments, and we hope to see a future where they live as they should - free and in the wild." He added: "We believe the current generation of whales and dolphins in captivity should be the last, and we look forward to seeing this position adopted more widely throughout the travel industry." A SeaWorld spokesman said: "We are disappointed by TripAdvisor's new position that ignores the educational value and conservation mission of professionally accredited zoos and aquariums....SeaWorld maintains the highest standards of care for all animals."