This is VOA news. I'm Marissa Melton.
A military source has told VOA that the Iraqi al-Asad air base, which houses American troops, is under rocket fire.
VOA's Pentagon correspondent Carla Babb asked if this development means the U.S.'s current response in the region is not working. The military source said, The game has changed, adding that the United States will take "preemptive" strikes if needed to stop attacks on U.S. forces in the region.
Rocket and indirect fire attacks are a common occurrence in Iraq and often the hallmark of Iranian-backed militias in the region. 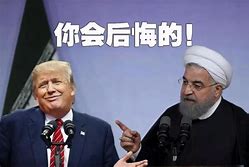 Anbar was once the heart of the Sunni insurgency and remains a hotbed of support for IS militants who once controlled major cities like Fallujah and Ramadi and other towns and villages across the Euphrates.
No group has claimed responsibility for Tuesday's attack. But AP reports that the Iranian state TV says Tehran has launched surface-to-surface missiles at the air base.
VOA's sources say there have been at least 30 rounds fired so far.
Meanwhile, President Donald Trump has backed away from his threats to target Iran cultural sites. AP's Ed Donahue has more.
The president first tweeted the threat and said it again to reporters over the weekend after the airstrike that killed Iran's top general. Targeting cultural sites is a war crime.
If that's what the law is, I like to obey the law. But think of it; they kill our people. They blow up our people and then we have to be very gentle with their cultural institutions? But I'm okay with it.
Defense Secretary Mark Esper distanced the Pentagon from the president's threat.
After backing away on attacking cultural sites, the president issued this warning. If Iran does anything that they shouldn't be doing they are going to be suffering the consequences and very strongly.
Secretary of State Mike Pompeo is blaming Iran for damaging its culture.
Ed Donahue, Washington.