JUDY WOODRUFF: Tonight's Brief But Spectacular features journalist Ronan Farrow. He won a Pulitzer Prize for his reporting on Harvey Weinstein, the movie mogul who is on trial for rape this week in New York. Here, Farrow reflects on his experience listening to the survivors of sexual assault by looking inward. His own sister Dylan has accused their father, Woody Allen, of assaulting her when she was a child. Farrow's latest book is Catch and Kill.

RONAN FARROW, Journalist: I get asked a lot how you create a safe space for sources, as an investigative reporter. The answer is, it's really down to the bravery of the sources. You are at the mercy of a person deciding whether to do an incredibly personal, incredibly difficult thing, and you can't rush that. My mom taught me integrity. She adopted all these kids with special needs, and I grew up in a family with people the world left behind. In my siblings, I understood a little bit about what it's like to have painful conversations about hard truths. Certainly, in the case of the Weinstein story, I was able to, for instance, call my sister, who raised an accusation of sexual assault in her own life, and say, what is that process like? What can I do to empower these sources? As a reporter, you never want to be the story. But, sometimes, when you work on a story for a long time, it inevitably becomes personal. I have worked on a story where I lost my job, where my whole future career path changed. Reporters get legal threats in this country. They do get honeypots sent after them, and blackmail efforts, and fake sources using false identities. There is a whole underworld just waiting to bubble up to the surface of illicit tactics used to shut down reporters. You know, for all the symbolism of Harvey Weinstein walking off in cuffs, the reality is, that is an example of a powerful and wealthy person who posted $1 million bail and continued to live comfortably in lavish homes. And there may yet be accountability in that case, but it was yet another illustration of the way in which the criminal justice system is very different, depending on how wealthy and how connected you are in this country. People talk about believing all survivors, and that's never been my philosophy. I don't think we should automatically believe survivors of sexual violence, but I do think we need to listen to them. 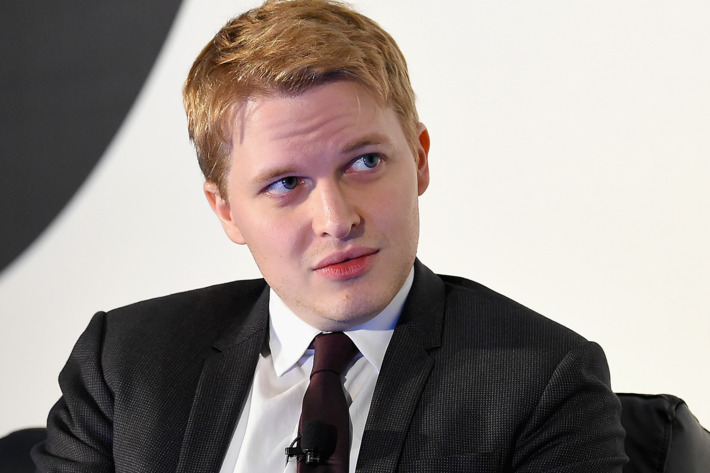 I really got to see in my own life how my sister, who had a claim of sexual violence against a powerful guy, ran headlong into a machine of private investigators, high-paid lawyers who are willing to gaslight a child. And I only as an adult later realized what survivors are up against. I once was one of those guys proximate to a woman with a claim like this saying, why don't you just shut up about it? It would be so much easier for you. Why are you bringing all this grief upon you, upon the family? She'd say: You don't understand. This is something I live with every day, and I'm being shut down by this system commanded by powerful men. In the end, I came to realize that she was right. When you look at the high-profile, high-paid lawyers who shielded Harvey Weinstein through the years and allowed him to allegedly continue his predation, when you look at the public relations operatives who have shielded people like Harvey Weinstein, Bill Cosby, Woody Allen, they're doing something that is incredibly damaging to the culture, and directly at odds with any kind of accountability in the criminal justice system. If you are wealthy enough and powerful enough, you can literally wipe away a claim of a serious crime. One of the dynamics you encounter when you report on high-profile people is, often, they have a constituency that feels deeply that they don't want their image of this person tarnished. If you allow the value someone creates in other areas to be a shield for criminal activity, you allow something dark to fester that can then have all sorts of other negative effects for the culture. That's why accountability and transparency is so important. My name is Ronan Farrow, and this is my Brief But Spectacular take on interrogating the truth.

JUDY WOODRUFF: And you can find more Brief But Spectacular essays on our Web site. That's at PBS.org/NewsHour/Brief.