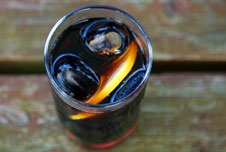 Promising that the fiscal reform was "good news for Mexicans", President Enrique Pena Nieto unveiled a wide-ranging proposal which managed to sidestep a political controversy about sales tax on food and medicine.

Those would remain unchanged, undermining a central part of the left's opposition to the reform programme. But a hike in the tax on soft drinks was included. In part, the government hope it will help tackle the country's serious obesity problem. Mexico has the second-highest obesity rates in the world after the United States.

However, the reform is also intended to deal with Mexico's weak tax revenues. The country's coffers urgently need bolstering and the intention was that long-running loopholes, which have allowed large corporations to benefit for decades, would be closed.

In particular, there were calls to impose greater taxes on the country's top earners, including the world's richest man, Carlos Slim.

However, the final document appears to have been watered down in that regard. The proposal must now be approved by Congress and the Senate, as well as a majority of Mexico's states.