But there are two main problems. What do you think the first one might be? Jennifer?

Um…well, it sounds like it's extremely old, so probably some pages are at the point of crumbling into dust.

True. And some are moldy, and some were eaten away, er, by bookworms.

But on top of that, there's another issue, and this is the reason why it's a palimpsest.

You see, the text apparently sat around in a library in Constantinople until 1229 A.D. 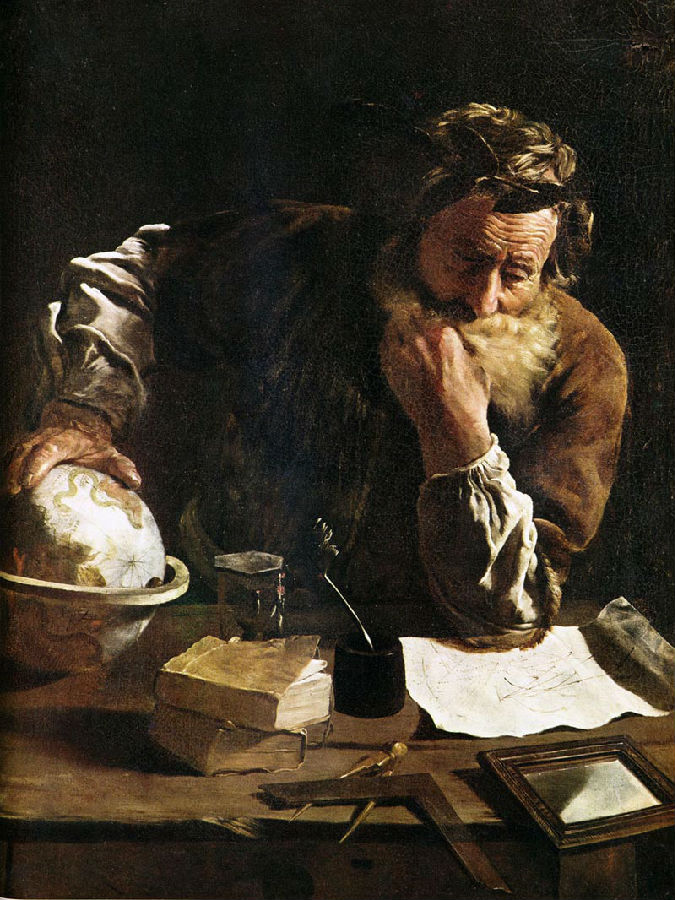 But then a scribe erased, scraped away the writing as clean as he could in order to use the pages to write his own book on.

Why would he do that? Take a guess.

Must have been a paper shortage?

Well, they used parchment to write on, but yes, there was a parchment shortage.

So you are saying the parchment was basically recycled?

Then, even later on, in the twentieth century, a forger painted ancient-looking pictures on several of the pages in order to make the book seem older and increase its value.

So unfortunately, that's quite a history.

But professor Wilkens, if the scribe scraped away Archimedes' words and if these paintings covered the pages, how can the original work be recovered?

Ah, that's why I am telling you the story.

That's our task as conservationists, isn't it? To find a way.

There were still faint traces of Archimedes'words on the pages.

First, we tried to make the Archimedes' words stand out with a variety of technologies, using ultraviolet light.