So I don't really take comfort in the successes they have had with transplantation.

Perhaps more constructive use of our time could be spent at researching corals that do survive, like in areas known as refugia.

Refugia are areas on the reef that are seemingly, well resistant to bleaching.

See, when coral reefs experience bleaching, it's rarely a case of the whole reef being affected.

There are almost always pockets of coral on the reefs that remain unaffected. 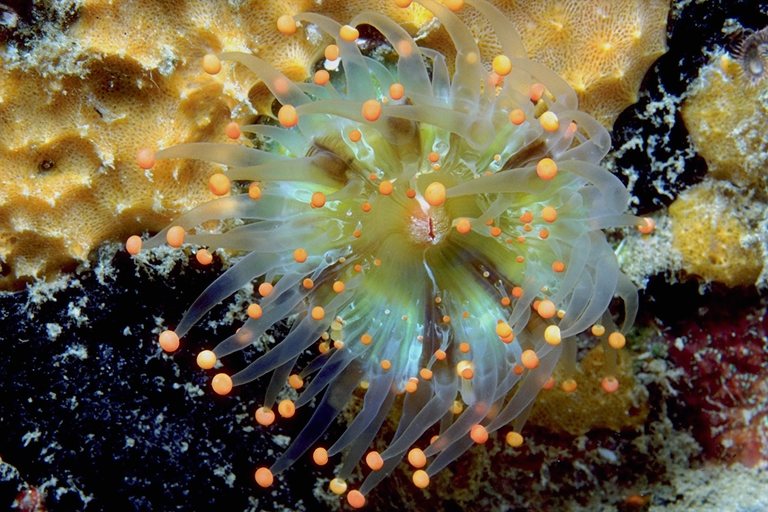 And these are often the lower areas of the reef, those located in deeper water, where temperatures are lower.

Now, we have evidence that corals in these locations are able to escape the destructive bleaching that affects portions of the reef in shallower, warmer water.

So in my mind, it's these refugia that are the key components of overall reef resilience.

These should be the area of concentration for researchers to locate and protect those regions as a way to sustain coral reefs.

And we can also protect the reefs by protecting the surrounding ecosystems, like mangrove forests and sea grass beds.

Both of these grow in coastal waters, often in the vicinity of coral reefs.

By protecting these areas, we also protect the coral.

Mangrove root systems have the ability to absorb and, well, trap sediments and pollutants in water that flows through them before they enter the ocean.

This of course has beneficial results for the nearby coral reefs.

And fishery's management is another key strategy.

Overfishing can be seriously disruptive to coral.

Let me give you a couple of examples.

Overfishing certain species of fish and shellfish like snappers, barracudas and even lobsters...

Well, all of these creatures feed on snails, worms and other organisms that eat coral, so depleting the number of lobsters, for example, means that we are adding to the threat of coral decline.

Sea urchins are another example.

They eat algae and prevent it from overwhelming the coral.

Since the disappearance of sea urchins from the waters up the coast of South Florida, many coral reefs there have been smothered by the uncontrolled growth of algae.