Listen to part of a lecture in a studio art class.

Professor: OK. As you probably know, primary colors are, theoretically speaking, the basic colors from which all other colors can be made.

But as you'll find out when you start working on your painting projects, the three primary colors – red, blue, yellow – don't always make the best secondary colors.

Combining red and blue, you will probably never get a fantastic violet. 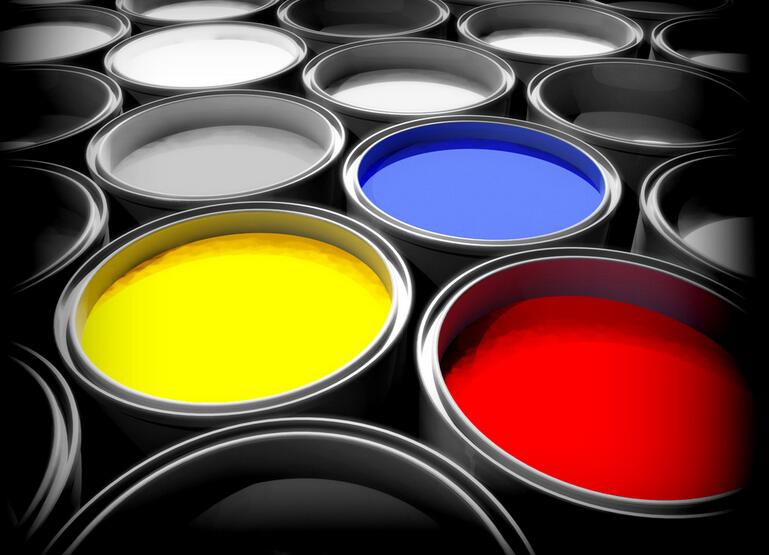 To get a nice violet, you'll have to add white.

Combining yellow and blue, you will almost never get a satisfactory green.

You are better off using a pure green pigment.

Until then, the dominant theory about color was one that had been proposed by Isaac Newton.

Newton gave a scientific and objective explanation of colors.

He used a prism to break white light down into the various colors of the spectrum.

And he theorized, rightly so, that different colors are essentially different wavelengths of light.

But he made no mention of primary colors.

That idea came from, or was at least published by a man named Johann Wolfgang von Goethe.

Goethe was a well-known author.

So why did he start thinking about colors?

Well, Goethe was part of the Romantic Movement in western literature.

And he was a Romantic, through and through, meaning that he explained objects and phenomena in terms of the spiritual, emotional impact they had, as opposed to explaining them in terms of their scientific nature.

He believed that when we see color, it stimulates our emotions.

And different colors appeal to or inspire different emotions in different people.