Listen to part of a lecture in an archaeology class.

It's every archaeologist's dream to find a lost civilization, to make some huge discovery, to find artifacts no one else has laid a hand on in millennia.

You might think that this never happens any more, given all the research in archaeology that's been done.

But in the late twentieth century, archaeologists discovered the remains of a sophisticated people whose settlement might have been the hub of a civilization few people even thought existed. 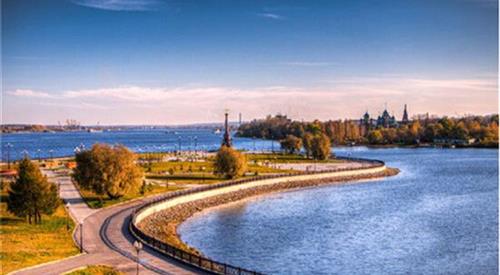 They found this site at the edge of a desert in Turkmenistan, in central Asia, where a series of mounds rise up from the plains.

Now, you might remember because we've talked about this, archaeologists know that mounds such as these are the kinds of geological features that indicate the presence of ancient settlements. Jim?

Um…mounds can be different things, right? Some are burial places…

Exactly. And some are the remains of cities.

The inhabitants would build houses and temples you know, what have you.

And over time, those buildings would fall down or be torn down and then be built over.

Over time, generations of building and rebuilding in the same area would result in a large hill the size of a city.

Careful excavation and documentation of layers in a mound can reveal a wealth of information about the everyday life of a people in a settlement over many periods of occupation.

What was found at Gonur-depe was amazing: the ruins of a huge palace complex, the foundations of shops and houses, the remains of thick walls and towers that fortified the city.

There was even an elaborate canal system and a lot of very intricate jewelry.

All these findings seem to indicate that they are the remains of an ancient civilization that was every bit as advanced as other more famous civilizations of the time, like those in Egypt, or, or China.