Listen to part of a lecture in an architecture class.

Today I'd like to talk a bit about the relationship between the built world and sound.

Uh, the design of buildings like concert halls or theaters.

So, what's the most important aspect in the design of such a building?

Yes. Now, people have been concerned about how sound carries in auditoriums and theaters for at least 2,000 years. 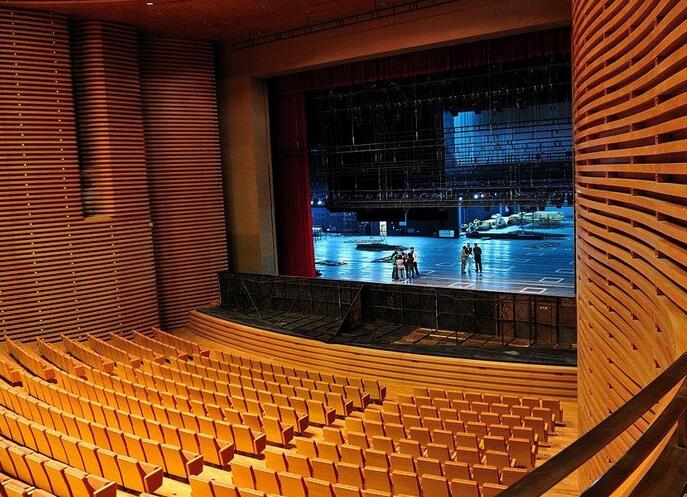 But it was not until the beginning of the twentieth century that architectural acoustics became a scientific field - that was when the physicist Wallace Sabine started to do extensive studies on reverberation.

Sabine wanted to find out why the audience could not understand speakers at a lecture hall in Boston.

He designed a series of studies on reverberation to figure it out.

So, what is reverberation? It's the persistence of sound in a room after the source has stopped making sound.

You see, sound made in a room reflects off the walls, floors and ceiling.

The time it takes for the reverberant sound to die down is important for the acoustic quality of a room.

Sabine recognized this and he came up with an equation to measure a room's reverberation time.

So, what happens if the reverberation time is very long?

Wouldn't it be difficult to hear new sounds if you can still hear the old sounds?

Exactly. A long reverberation time may cause musical notes to drown one another out.

Performers would feel they have to struggle to fill the room with sound.

We don't want that.