Since the Clovis people were highly mobile, it's plausible that they would set up spots along established travel routes where they keep a variety of items.

Either so that they wouldn't have to carry everything with them or so they could save time once they arrived at a site by not having to make stuff from scratch.

But there's another theory about the caches based on the quality of some of the points we've found.

You see, the points in some caches differ from other points, from points at Clovis camp sites for example. 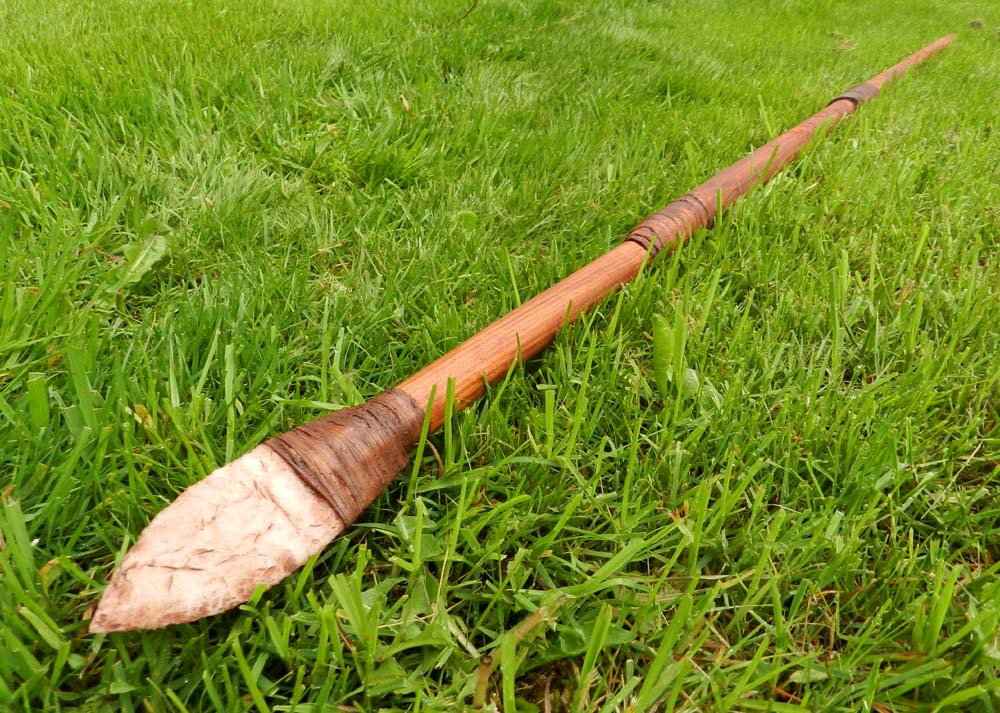 For one thing, these cache points are quite large, up to twice as large as regular points, so big that you couldn't attach one to a spear say, and expect to throw the spear accurately over any distance.

So what were they for?

Well, it was originally thought that they were unfinished, that someone was working away a point, then had to stop and put it aside in one of these caches to work on later.

The problem is: it's unlikely that a point would have started out as large as the points in these caches, that would be a lot of stone to chip away.

A toolmaker starts with a smaller piece.

And actually, far from being unfinished, a lot of these points really show excellent craftsmanship and attention to detail.

So we have to ask—could these points have served another purpose?

Maybe be they weren't just tools.

Look at it this way: when the Clovis people first arrived in the Americas, they had a lot to learn about their new environment.

Over time, they would have begun to recognize some places as special, important for some reason.

Maybe there was always water available there, or the hunting was especially good.

So maybe the cache was a way to mark the place as significant.