Listen to a conversation between a student and her creative writing professor.

Could I talk to you for a minute?

We missed you last class.

Student: Yeah. I was sick for a few days.

Professor: Let's see... well, we discussed the story that you have been assigned to read for class. 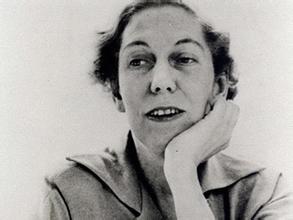 A Memory by Eudora Welty.

And then we listened to a recording of an interview with Welty.

The recording is on reserve at the library.

You'll need to listen to it.

So... did you have a chance to read the story?

Student: Yeah. I did.

Professor: What did you think?

Student: Well... I was a little surprised.

I mean, the first time I read it anyway.

Professor: What surprised you?

Student: You know, it just seemed like there was nothing going on in the story.

I mean, a girl is just sitting at the beach thinking about one of her memories.

And at the same time, she is watching other bathers on the beach, and sort of just thinking about what they are doing too.

And that's all that happens!

Professor: I know what you mean.

There's no surprise ending like in O.Henry's story The Gift of the Magi or some big adventure like in Faulkner's The Bear.

Student: Well, actually, while I was reading it the second time, I sort of realized that you don't need surprises or excitement to have a great story.

The girl's memory and the stuff she was thinking about while she was watching the other people on the beach were really interesting to read about.

And you know, it made me think that when I write my story, the one we have to write for this class, I can maybe use my own memories to get me started.

Professor: Well, in fact, I'd hoped you'd see that.

Of course, there are many levels to the story.

But what I really wanted the class to take away from it was that you don't need to write about the great exciting world when you write you stories.

Even writing about a memory can work.

Student: Like I could write about one of the times I took a walk in the woods when I was a kid.

Professor: Exactly! You know, as the due day of your stories approaches, I am hearing from a lot of students that they are worried because they don't have anything exciting enough to write about.

But Welty said in the interview we listened to and in her autobiography that her worst stories were the ones where she tried to write about people or places that were unfamiliar to her.

That's why a lot of her stories are set in Mississippi, where she is from.

Welty stressed that, for her anyway, familiarity with her subject matter was the key to a successful story.

Now, don't forget to listen to that recording.

What are the speakers mainly discussing?

Why does the woman mention walking in the woods?

What point does the professor make when he mentions the interview with Welty and her autobiography?

What was the student's reaction to Welty's story after first reading it?