First, the waste material is loaded into a large, closed container, along with different types of anaerobic bacteria.

The bacteria break the solids down into acids and hydrogen gas.

The hydrogen is extracted and the remaining acids are transferred into a different container for the second phase of the process. 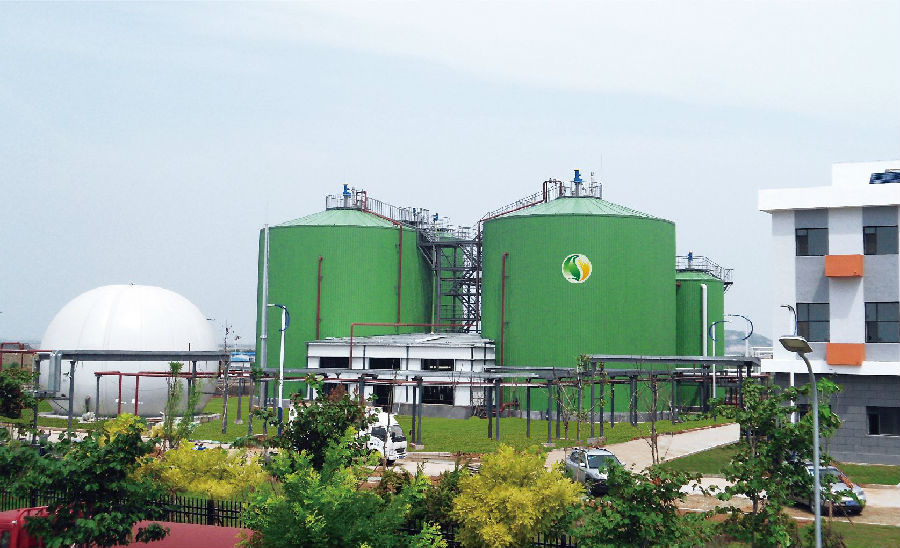 There another type of bacteria converts the acids into methane gas.

Student: Aren't hydrogen and methane gas bad for the environment though?

Professor: The answer in this case is no, because they don't escape into the atmosphere.

The gases are captured and can be burned to produce electricity, which saves a lot of money and ultimately decreases our need for fuels like petroleum and coal, which are not only expensive but are also polluting.

Student: So organic waste from landfills could be processed this way?

Professor: It is certainly one possibility.

They can be installed just about anywhere.

But the APS containers are small enough to be set up on site, where the waste is generated, like at food processing plants or on farms.

So garbage doesn't have to be transported long distances.

As a matter of fact, a couple of universities successfully set up demonstration projects.

They collected food scraps from dining halls and local restaurants and process them in APS facilities.

Not only did the university save money, we are also learning even more about the APS process.

What is the next step forward?

So what are the most efficient bacteria in the process?

If researchers can figure that out, the highest performing bacteria mix for a system could be determined.

Ultimately the goal would be to grow enough of these particular bacteria to support large-scale commercial APS systems.

What is the lecture mainly about?

What is the professor's opinion about the use of landfills to manage solid organic waste?

What does the professor imply about processing solid organic waste in equipment designed for processing wastewater?

What does the professor suggest about methane and hydrogen gas?

According to the professor, what are two advantages of APS digestion systems?

What does the professor say is a promising focus for future research into APS digestion systems?