and a few minutes to talk.

This is a nice surprise.

I had an interesting conversation with Nolan.

That there is more to Conrad than you're letting on.

I don't know what Nolan said, but, hey--

That was the extent of it, actually.

And that the story I'm so desperate to tell

And if I care about you as much as he thinks I do,

I should ask you about it.

Don't be mad at Nolan, Jack.

He just wants what's best for you,

Please. What is it?

for both the death of my wife and my brother.

And the secrets that you were looking to unearth

are the reasons why.

I can't believe that, Jack. I've known him all my life.

and he's brought me a lot of pain.

Well, you could've told me that.

I thought you'd try to make him pay.

And since I've lost everyone who's ever tried, I...

I didn't want to lose you, too.

Look, I don't want to tell you how to live your life.

But if you keep digging,

you'll put yourself in danger. 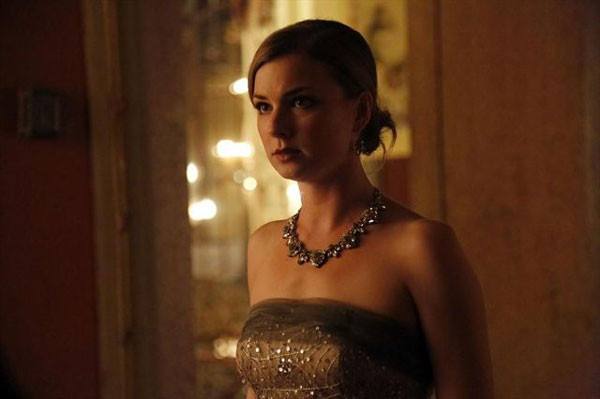 It's more than that, Jack.

Telling that story would mean letting you go,

and I'm not willing to do that.

There'll be other stories,

but there is only one Jack Porter.

Well, this is it.

The next time you see me,

I'll be walking the aisle in white.