During the process of radioactive decay, a "parent" material produces a new "daughter" material, which further decays into a stable material. During an experiment involving radioactive decay, the mass M, in micrograms, of daughter material changes over time t, measured in hours as shown in the graph above. What is the significance of the point shown on the graph? 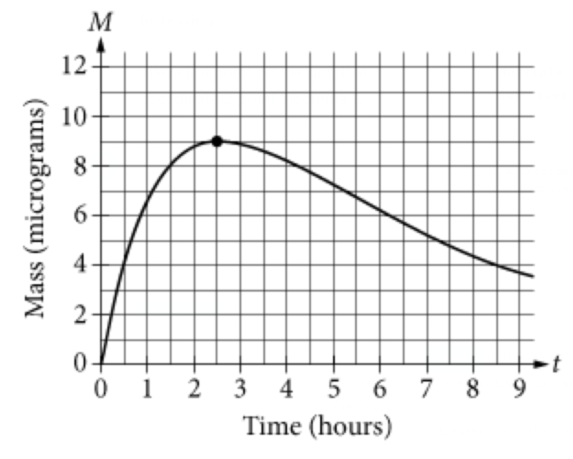