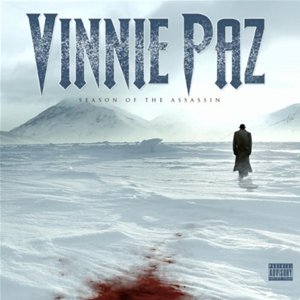 What the human race is suffering from is mass hypnosis. We are being hypnotized by people like this: newsreaders, politicians, teachers, lecturers. We are in a country and in a world that is being run by unbelievably sick people. The chasm between what we're told is going on and what is really going on is absolutely enormous.

It's like we all know what's going down
But no one's saying shit, what happened to the home of the brave?
These motherfuckers they're controlling us now
But no one's talking about it, made us proud to be slaves

And everybody's just walking around
Head in the clouds, we won't awake until we're dead in the grave
By then it's too late, we need to be ready to raise up
Welcome to the end of days

Everybody is slave, only some are aware
That the government releasing poison in the air
That's the reason I collect so many guns in my lair
I ain't never caught slipping, never underprepared
Yeah, The Shaytan army, they just break it proudly
George Bush the grandson of Aleister Crowley
They want you to believe the lie that the enemy Saudi
The enemy ain't Saudi, the enemy around me
There's fluoride in the water but nobody know that
It's also a prominent ingredient in Prozac (For real?)
How could any government bestow that?
Find More lyrics at www.sweetslyrics.com
A proud people who believe in political throwback
That's not all that I'm here to present you
I know about the black pope in Solomon's Temple
Yeah, about the Vatican assassins and how they will get you
And how they cloned Barack Hussein Obama in a test tube

Whoever built the pyramids had knowledge of electrical power
And you know that that's the information that they suppress and devour
Who you think the motherfuckers that crashed in the tower?
Who you think that made it turn into ash in an hour?
The same ones that invaded Jerome
The ones that never told you about the skeletons on the moon
Yeah, the ones that poison all the food you consume
The ones that never told you about Mount Vesuvius Tomb
The Bird Flu is a lie, the Swine Flu is a lie
Why would that even come as a surprise?
Yeah, the Polio vaccine made you die
It caused cancer and it cost a lot of people their lives
Do y'all know about Bohemian Grove?
How the world leader sacrificing children in robes?
Lucifer is God in the public school system
I suggest you open up your ears and you listen

The greatest hypnotist on the planet Earth is an oblong box in the corner of the room. It is constantly telling us what to believe is real. If you can persuade people that what they see with their eyes is what there is to see you've got them. Because they'll laugh in your face of an explanation then which portrays the big picture of what's happening... and they have.