As the daughter of a musician father, our Australian girl Lenka was born to be a great singer. She was known for her song "The Show," (produced by Stuart Brawley), from her self-titled album 《Lenka》. Her song "Everything at Once" was even used in the official Windows 8 TV Ad. And that's what we have here today. Lenka的父亲是位音乐家，而这似乎注定了Lenka会成为一位了不起的歌手。其以自己名字为名的专辑LENKA中的单曲THE SHOW（由Stuart Brawley打造）使得LENKA名声大噪。而她的歌曲“万物一体”更是被Windows8征用为其正式电视广告。我们今天听的就是这首歌。 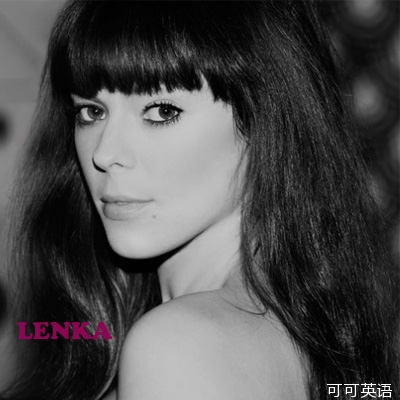 As sly as a fox, as strong as an ox
As fast as a hare, as brave as a bear
As free as a bird, as neat as a word
As quite as a mouse, as big as a house

As mean as a wolf, as sharp as a tooth
As deep as a bite, as dark as the night
As sweet as a song, as right as a wrong
As long as a road, as ugly as a toad
As pretty as a picture hanging from a fixture
Strong like a family, strong as I wanna be
Bright as day, as light as play
As hard as nails, as grand as a whale

As warm as the sun, as silly as fun
As cool as a tree, as scary as the sea
As hot as fire, cold as ice
Sweet as sugar and everything nice

As old as time, as straight as a line
As royal as a queen, as buzzed as a bee
Stealth as a tiger, smooth as a glide
Pure as a melody, pure as I wanna be