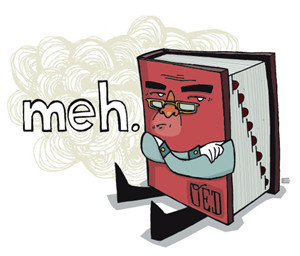 AA: I'm Avi Arditti with Rosanne Skirble, and this week on Wordmaster, English teacher Lida Baker answers some of your questions.

RS: Starting with this from "Sunny," He Hong Feng, who asks: "May I say I am an English teacher or should I say I am a teacher of English, as I am a Chinese."

BAKER: "If he says that he is an ENGLISH teacher, with the stress on the word English, it means that he is a teacher of the English language. So he is an ENGLISH teacher. Now, on the other hand, if you say 'I am an ENGLISH TEACHER,' notice that both of the words there are stressed equally, an ENGLISH TEACHER. That means that you are a teacher whose nationality is English. Now I just want to throw out a parallel case, quite a well-known one, which is: Where does the president of the United States live?"

BAKER: "The White House. And you stressed the first word, WHITE House. Now, one the other hand, if you stressed both words equally and you say WHITE HOUSE, how would you use that?"

RS: "As opposed to the blue house or the green house."

AA: "Moving on, Rick Ming is a junior majoring in English in China, and he would like to know how to get his classmates more interested in current affairs. He says: 'Unfortunately, not all my classmates care about current affairs. So the point is, how I am able to motivate them to express the views on news freely in class?'"

"But I suspect that a larger problem is, it's not that they're not interested in current events, but rather it may be that his classmates just feel that they don't have enough English to be able to do this competently. So some ideas that come to my mind are, instead of talking about, for example, Voice of America news headlines, to select the feature stories, which have the scripts, posted on the Internet.

And before having the discussion with his classmates, each person could read the scripts and that would give them the opportunity to spend some time learning the vocabulary and thinking about the background of the topic involved. So that's one thought that I had.

"Now all of those how-to's that I've just mentioned are called language functions. And it might be useful for this student to approach his English teacher and ask the teacher to help him and his classmates learn some of these functions."

RS: "It might also be a good idea for him to start a separate study group."

BAKER: "I thought of that."

RS: "A group that perhaps looks at an English language newspaper or looks at the VOA Web site, or — "

RS: "Or a club, exactly, where interested people come together for this particular purpose."

AA: Lida Baker teaches in the American Language Center at the University of California at Los Angeles — that is, when she's not writing books for English learners. Lida can't answer questions personally, but send them to Rosanne and me.

RS: Write us at VOA Wordmaster, Washington, DC 20237 USA or word@voanews.com. And our Web site is voanews.com/wordmaster. With Avi Arditti, I'm Rosanne Skirble.