Judy Woodruff: We return now to the Republican efforts to overhaul the tax code. Both the Senate and House tax bills are large and complex pieces of legislation, and they could affect key sectors of the American economy and society that have not gotten as much attention. One of those is the potential impact on higher education, and that's the focus of our weekly Making the Grade segment. John Yang has the story.

John Yang: Judy, the Senate and House tax bills could make higher education more expensive for some students, though in different ways. The biggest changes are in the House bill, which would end the deduction for interest paid on student loans. Some 12 million people used that deduction in 2015, the last year reported by the IRS. Danielle Douglas-Gabriel covers the economics of education for The Washington Post, and she joins us now from Hartford, Connecticut. Danielle, thanks for joining us. Now, the House bill does away with the deductibility of student loan interest. How does that work under current law?

Danielle Douglas-gabriel: So, people who are paying down their student loans can deduct up to $2,500 worth of interest every year. So folks who have higher balances tend to benefit the most from this. On average, people get about maybe $200 worth of a deduction from this particular credit, but it is fairly popular. About three in 10 of the 44 million Americans who have student loan debt take advantage of this particular benefit.

John Yang: So a lot of people use it, though it sounds like the benefit is relatively small.

Danielle Douglas-gabriel: Fairly. Still, for folks who are paying down their loans while paying for a house and taking care of their family, a lot of them say that every little bit helps. So they were pretty disappointed to see the House want the take aim at this. And I think those voices must have been heard in the Senate, which decided not to take aim at this particular tax benefit.

John Yang: But it will be on the table when they try to reconcile the two bills? 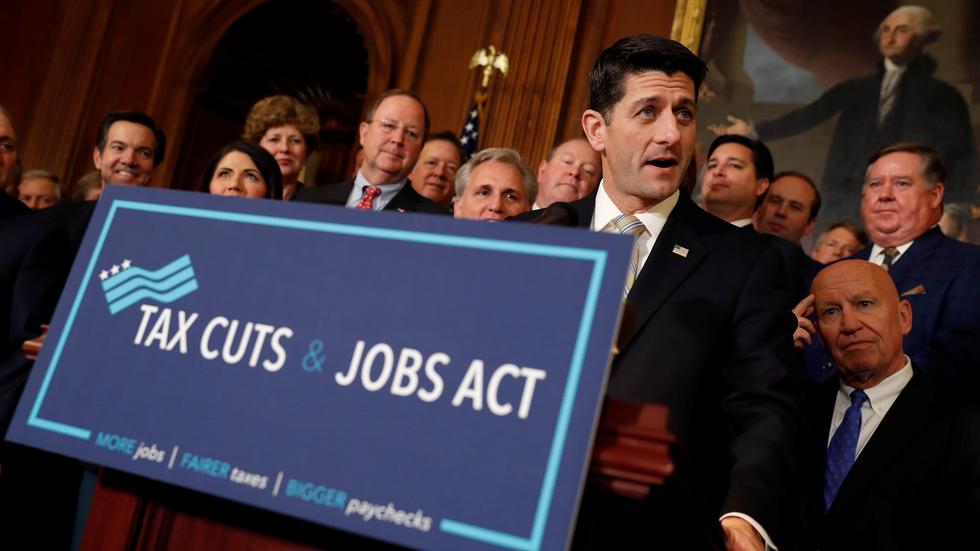 Danielle Douglas-gabriel: Yes. So, tuition waivers are what universities tend to offer their teaching and research assistants in exchange for the work that they do. In addition to offering these students stipends to cover the cost of living and such, they also cover their tuition. Now, what this would mean is someone who is attending a program that costs, say, $30,000, $40,000 in tuition would -- and are also being paid maybe, let's say, $20,000 of a stipend a year, would instead of being taxed on that $20,000 stipend, would now be taxed on the full $50,000 to $60,000 of tuition waiver, as well as that stipend. So that could be a pretty substantial difference for a lot of graduate students that are barely getting by on the money that they're earning so far. So very many of them are concerned and a lot of them started to mobilize and take their concerns to Capitol Hill, and I think that's another reason why we saw the waiver not make it into the Senate plan.

John Yang: And then one thing that is in both bills is taxing some universities' endowments.

Danielle Douglas-gabriel: Correct. So, there is a proposal right now that would impose a 1.4 percent excise tax on the net investment income of universities, private universities, that is, whose students -- whose endowments are equal to about $250,000 per full-time student. This pretty much addresses maybe 60 to 70 schools. It was initially -- when the House proposed this particular tax, they had said $100,000 per full-time students, which would have affected double the amount of schools, but there has been a lot of lobbying around this particular issue, because it's not only the Harvards, Princetons and really big brand-name schools that are affected by this, but some small liberal arts colleges that are really concerned about how this is going to affect their bottom line and their ability to offer financial aid to their students.

Danielle Douglas-gabriel: That's what's unclear at this point. So, when there was discussion about taxing endowments maybe a year ago, there were a lot of -- there were hearings in the House around the idea of perhaps getting universities to ensure that more of their endowments are used to help lower the cost of college. So, this was at that point an affordability issue. Well, that piece is not a part of this legislation whatsoever. It's not like the money that they're taking from these endowments is going to be used to lower the cost of college by offering more grants and scholarships. It's just going to offset any other kind of tax -- corporate tax decreases that we might see as a result of these plans. And a lot of people are very concerned about that aspect. Folks could wrap their heads around the idea that we should incentivize universities to spend more of their endowment money on financial aid, but they can't necessarily wrap their heads around the idea of imposing this tax for the sake of helping corporations.

John Yang: Danielle Douglas-Gabriel of The Washington Post on the tax plans and higher education, thank you very much.